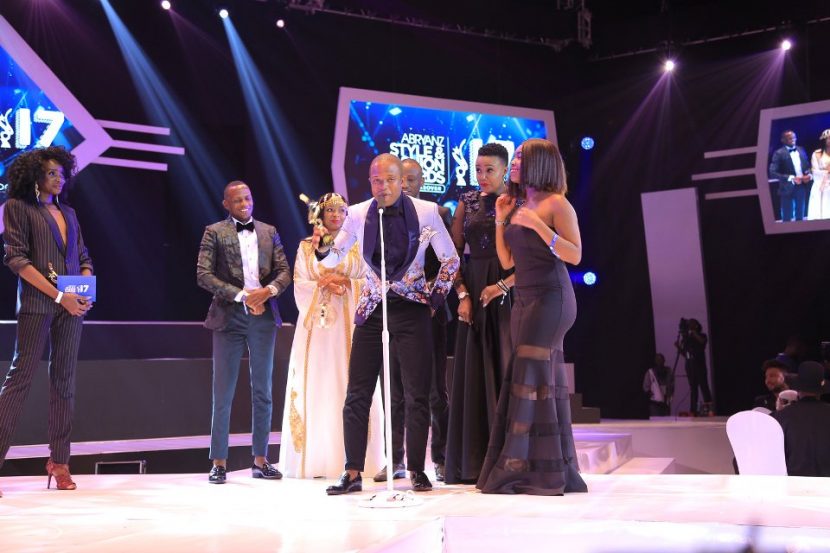 The ASFAs is an African fashion award ceremony that celebrates and acknowledges fashion industry stakeholders.

The fifth edition of the Abryanz Style and Fashion Awards (ASFAs) 2017 with Ciroc, under the  theme “African Fashion is the Future #FashionTakeover” were exactly that: the biggest ever convergence of African fashion’s big hitters.

These ranged from South African fashion king David Tlale, outstanding Nigerian designer Mai Atafo who was also honoured with the Style Icon Award and Tanzania’s Sheria Ngowi who took home the African designer of the year trophy.
The (ASFAs) 2017 were held on Friday at the Kampala Serena Hotel. The ASFAs is an African fashion award ceremony that celebrates and acknowledges fashion industry stakeholders including fashion designers, stylists, hair and makeup artists, media personalities and influencers from the African continent and beyond.

This event is held annually in Uganda since its inaugural ceremony in 2013. The ASFAs is an evening of glitz and glamour and the biggest red carpet in Africa, in true celebration of fashion and style, with A-List guests from across the continent.
Last year’s event organisers had already served notice of their intent to turn things up a notch higher by getting Tlale on board as the producer of the show. The outcome was a world-class display that wowed all and further enhanced the ASFAs’ reputation as the country’s most glamorous fashion event.
Last year the event had a touch or royalty, with the Nnabagerekka of Buganda, Sylvia Nagginda gracing the event.
The event was an evening of breath-taking design works and spellbinding musical performances. South African duo Mafikizolo, turned the heat up serving hit after hit, crowning the night with their latest release Love Potion that also bagged them the Most Stylish Video of The Year accolade.
Nonetheless the awards still paid homage to local talent with performances from Ugandan artistes including Desire Luzinda, Nutty Neithan, Fik Fameica and Latinum, among others.

Last year’s event had winners in 34 different categories, up from the 25 last year.
On a night dominated by performances by artistes on the catwalk and the mic, Brian Ahumuza, who launched the ASFAs in 2013, said ensuring fashion made business sense was the next step.
“Last year theme, “African Fashion is the Future #FashionTakeover” sought to highlight the entrepreneurial success of the African fashion industry and hopefully translate into the business of fashion,” he said. “Today’s event is an important step in that direction”.
Being the grandest fashion gathering, of course there were lots of fashionistas and celebrities strutting their stuff on the red carpet, but at the end of the day, it was all about recognizing the most stylish of all and that is exactly what happened (see below full list of winners on next page ).