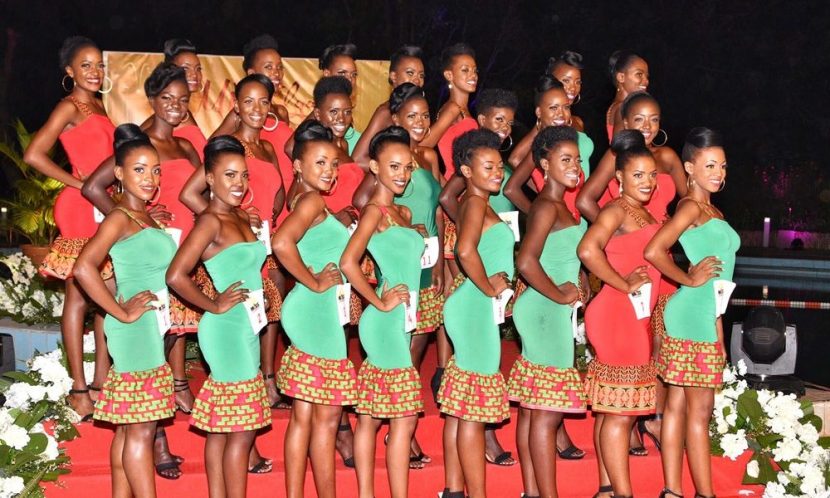 Yesterday evening the Miss Uganda Pageant unveiled the 23 contestants that will be competing for the crown of Miss Uganda on August 10th at Sheraton Kampala Hotel.

It was a grand affair organised by Talent Africa and Kezzi Entertainment at the poolside of the home of Miss Uganda which is the Sheraton Kampala Hotel. This year’s contestants were presented in stylish manner and received well by the crowd who cheered on their favorite candidates with chants and cheers of encouragement. It was a lavish occasion with elegant decor and an A-list audience made up of sponsors, the Academy of beauty queens (former Miss Uganda winners), fashion trend setters and family members of the contestants.  Some of the notable celebrities and socialites at the event included Anita Fabiola, Nana Kagga, Stellah Nantumbwe, Joram Muzira, Natasha Sinayobe, Sophia Namatovu, Flirsh Flavia, Nickita Bachu, Pherry Kim and Andrew Kyamagero. The MC of the night was Prim Asiimwe and the event was hosted by the organisers Sylvia Namutebi of Talent Africa and Brenda Nanyonjo the CEO of the Miss Uganda Foundation.

The 23 contestants from all corners of the country will now participate in a boot camp filled with a series of buildup activities to the grand finale that will give audiences deeper insight into who the Miss Uganda hopefuls are.
All this will be covered by our media partner NBS Television.

The first assignment for the newly crowned queen will be to travel to the United States to fundraise for the Clean Water Campaign with the UNAA Causes which is a charity partnership with the Miss Uganda Foundation.

Kezzi Entertainment are the franchise holders of the Miss World Pageant for Uganda since 2011 and they have now teamed up with Talent Africa; a leading event and 360 degree entertainment company that has produced some of the biggest events in Uganda over the last ten years. This year’s Miss Uganda promises to be bigger and more full of showbiz than any of the previous years.

The organisers have already booked A-list celebrity Zari Hassan Tlale (aka Zari The Boss Lady) to be guest judge at the pageant and promise to reveal more surprises in the coming weeks leading to the finale.