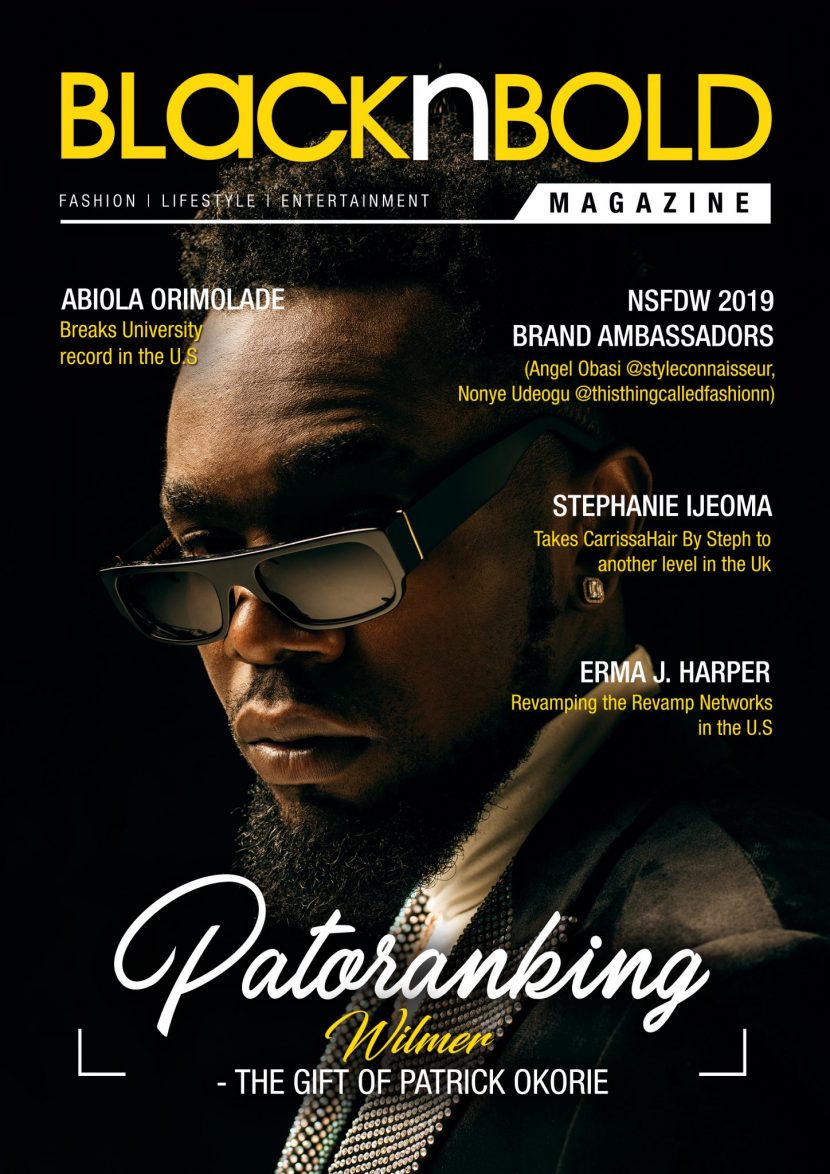 Patoranking Covers the May edition of BlackNBold magazine

In celebration of the highly anticipated Wilmer album, Nigerian reggae-dancehall singer Patoranking covers the May edition of Uk/Nigerian based black inspired publication, BlackNBold magazine. The edition focuses on his journey, his career and more emphasis on Wilmer, his upcoming album.

In 2010 he signed a record deal with K-Solo’s Igberaga Records, releasing “Up in D Club” under the outfit. Patoranking became a protégé of Dem Mama Records after collaborating with Timaya on his song “Alubarika”.

In February 2014, he signed a record deal with Foston Musik and released “Girlie O”, a single that gave him the spotlight and in February he signed a distribution deal with VP Records. Since then Patoranking has gone on to release multiple singles and Top hits, including his most recent hit song “confirm” with Davido.

Patoranking chats with BlackNBold magazine about his new album named after his daughter ”Wilmer” and his thoughts on fashion and style.

- Previous article « Made In Kenya