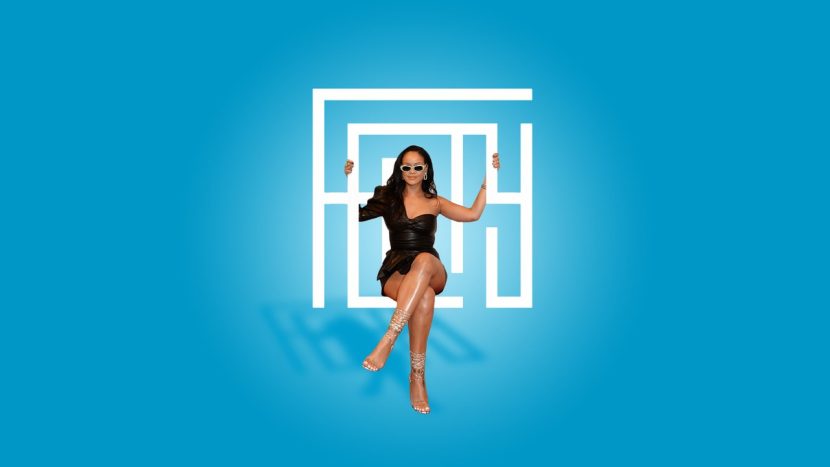 FOR THREE YEARS, I have been a diligent student of Rihanna’s 2016 song “Work.” The first lesson it taught me was in the fine art of ubiquity: The omnipresent earworm hovered over casual intimacies, significant encounters, mundane journeys and made sense of itself wherever, in whatever crevices it chose.

Then “Work” found its way into my own work. In my script for “Slave Play,” which debuted at New York Theater Workshop in 2018, the protagonist Kaneisha suffers from obsessive-compulsive disorder and Rihanna’s “Work” plays in her head on repeat, taking on a frighteningly oppressive quality and revealing the historic bedrock I was attempting to excavate: namely, that black people, specifically women, must live with the knowledge that their emotional and physical labor is the backbone of every relationship that they endeavor to have with their partners, with America. The song, which weaves through the dialogue, brought more attention to the play than any other device could have.

This sense of casual immensity is what drew me to Robyn Rihanna Fenty, 31, as not only a performer but as an artist and a businessperson: a model for my own maturation. When listening to her repetitive, patois-filled song work, work, work, work, work, work  one hears a Barbados-born1musician who recognizes that the histories that are carried in her movement and her tongue are foreign to the listener.

But instead of shying from that otherness, she dines upon it, a lesson for any of us who have held onto the shame of difference. As she prepares to launch Fenty, the fashion line she has created in partnership with LVMH2 — the first luxury fashion house the conglomerate has created from scratch (which will begin sales at a pop-up in Paris on May 24, then be fully available at fenty.com on May 29)  I wanted to discover what lessons she had to offer as she carried that confident otherness deeper into the nonmusical work she has been concentrating on this decade.

In April, we agreed to meet among barrels of chocolate at Dark Sugars Cocoa House,3 in the Shoreditch neighborhood of London. I thought about the unenviable position that Rihanna has come to occupy throughout her 14-year career, since she first moved to Stamford, Conn., and released her first tracks in 2005. To be black, a woman and an immigrant in the United States is to be a collection of negations of the American dream  yet she stepped past those negations and into a fantasy of abundance few could imagine.

In the last five years, we have witnessed her release her most critically acclaimed album,4 become creative director of women’s collections for the German sportswear brand Puma,5 develop a line of size- and gender-inclusive lingerie under the Savage x Fenty label and debut her Fenty Beauty line,6 which literally changed the face of the cosmetics world by introducing a foundation palette with 40 shades, from the palest to the darkest skin tones.

Now, Rihanna has become the first black woman to run a major luxury fashion house. Featuring structured silhouettes in subdued neutrals (at least to start) that emphasize strong shoulders, cinched waists and exposed legs, the Fenty brand is hoping to disrupt the market not only by channeling the imagination of a black woman but by revolutionizing the luxury distribution model by focusing on direct-to-consumer online sales.

This allows Rihanna and her team of collaborators the freedom to drop new additions to the collection — which includes sunglasses, shoes and other accessories every few weeks, like singles from an album. LVMH and the artist decided last year to expand their current relationship beyond cosmetics into a full-fledged fashion company, and Rihanna has already imbued the collection with her high-low aesthetic, incorporating intricate leatherwork and meticulous techniques like boning, then queering the looks by playing with gender tropes.

Rihanna is uniquely positioned to forge a path for black owners in luxury fashion: Not only is she a muse of that realm herself but she has studied the maps she’s inherited from her forebears. From a red-carpet style indebted to the silhouettes of Zelda Wynn Valdes7 as well as the lush fabrics of Sean Combs’s Sean John line8 and the steely assurance of Jay-Z’s Rocawear9 collection, we have seen black fashion’s past adorning Rihanna as she steps into black fashion’s future.

Indeed, the mission of the Fenty clothing line, according to Jahleel Weaver, a stylist for Rihanna who is now the label’s style director, “is to really speak to how multifaceted today’s woman is. We’re thinking about each release as a different facet to a woman’s wardrobe and how she approaches dressing.

Luxury has been defined in the past as one woman, one brand: You know who the Saint Laurent woman is, you understood who the Céline woman was when it was Phoebe.10 Which is fine, but you think about how that relates to the modern woman. I don’t think she is just one thing, Rih being the perfect example of that.”

Next article -Made In Kenya »