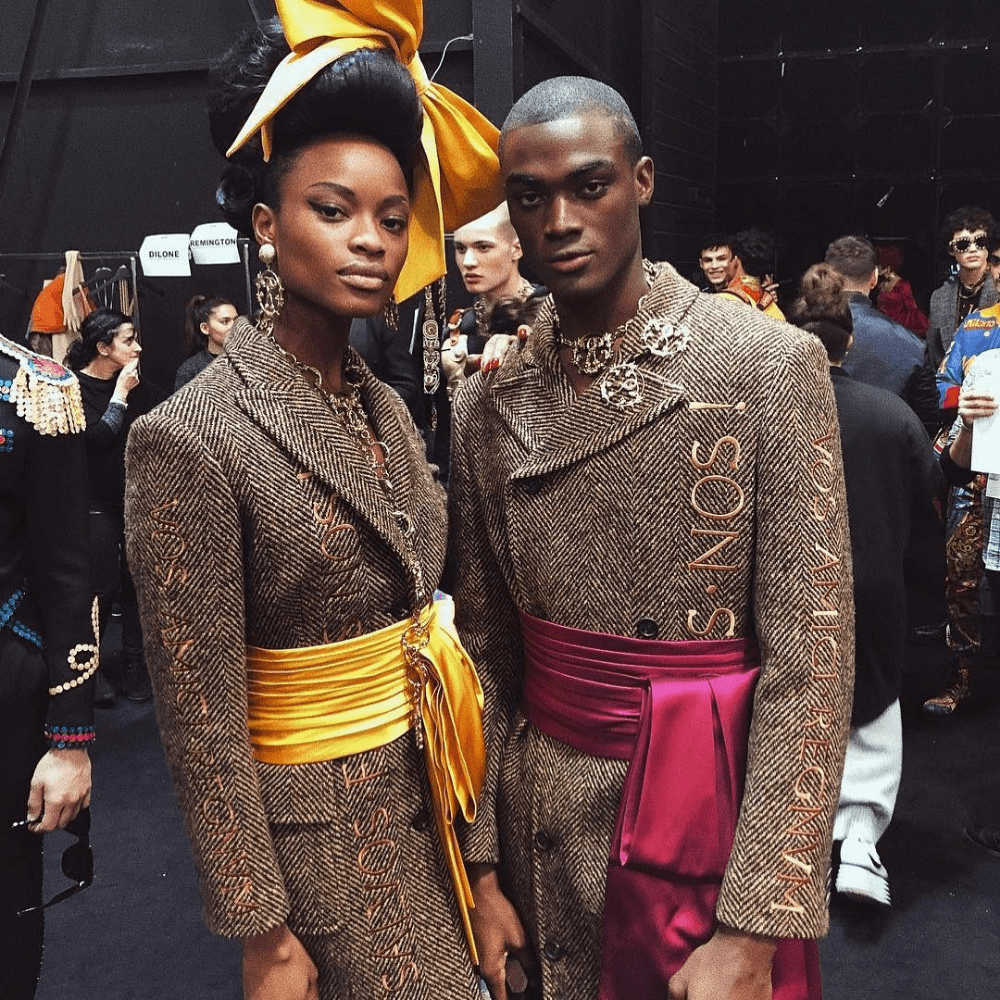 After a thorough rigorous vetting process, 20 models have been selected as finalists to compete at Future Face Africa‘s grand finale, which takes place at Eko Hotels & Suites on Sunday, the 30th of January 2022.

This maiden competition proves to be a remarkable one as models from eight African countries plus thousands of digital applications worldwide compete for a chance to win the title of Africa’s next future face. Two winners will emerge from the 20 finalists. They will each receive a two-year international modeling contract with a top international modeling agency, as well as a cash prize of five thousand dollars.

The FFA project is spearheaded by none other than Elizabeth Isiorho, a pioneer in the African modeling industry and the founder of Beth Model Management Africa, Africa’s largest modeling agency, and the organization behind Future Face Africa. Over the past 17 years, Beth Model Management has served as an industry pacesetter, helping to launch the careers of dozens of internationally placed models, and has cultivated some of the best talents in the industry, such as Mayowa Nicholas and Davidson Obennebo.

FFA will be equipping selected models with the knowledge and skills to achieve international success and to have long-lasting careers in a very competitive industry. Models participating in the FFA will have the chance to change their lives forever through a once-in-a-lifetime opportunity.

Here are the 20 FFA finalists (divided into male and female categories) competing at the grand finale: 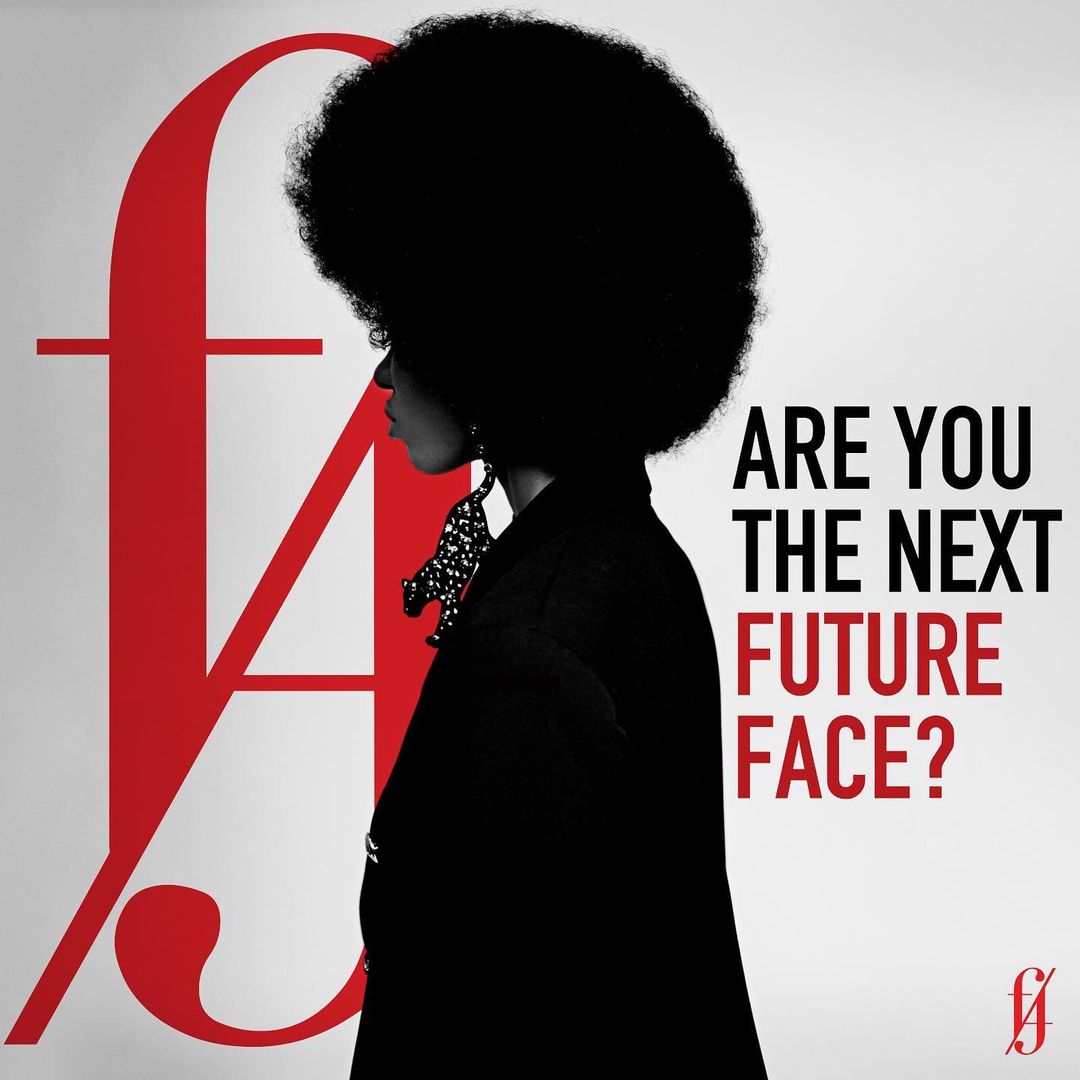 Future Face Africa, Africa’s largest model search competition, is preparing for its grand finale event in Lagos. After a rigorous selection process involving physical castings in eight African countries, as well as thousands of digital applications from all over the world, the Future Face Africa judges have selected 18 finalists who will be flown into Lagos for a shot at turning their modeling aspirations into a reality.

The grand finale event will be taking place on Sunday, January 30, 2022, at Eko Hotel & Suites, where models will be competing for a chance to win a 2-year modeling contract with a top international modeling agency, as well as a $5,000 USD cash prize.

The FFA project is spearheaded by none other than Elizabeth Isiorho, a pioneer in the African modeling industry and the founder of Beth Model Management Africa, Africa’s largest modeling agency, and the organization behind Future Face Africa. Over the past 17 years, Beth Model Management has served as an industry pacesetter, helping to launch the careers of dozens of internationally placed models, and has cultivated some of the best talents in the industry, such as Mayowa Nicholas and Davidson Obennebo.

Elizabeth Isiorho previously organized Elite Model Look Nigeria, but after a 2-year hiatus, re-emerged with Future Face Africa to expand her model search beyond the borders of Nigeria alone, and offer a wider range of hopefuls a chance at success. FFA will be giving opportunities to people from various countries, backgrounds, and skin tones, aiming to go beyond the buzzwords of “diversity” and “inclusivity” to create an initiative that truly celebrates the range of beauty that the industry has to offer.

FFA will be equipping selected models with the knowledge and skills to achieve international success and to have long-lasting careers in a very competitive industry. For these models, Future Face Africa will be a once-in-a-lifetime opportunity that could change their lives forever.

Recognizing their pure and authentic beauty, African queens have readjusted their crowns and reclaimed their rightful place on the runway, with the help of one of the leading local style and talent agencies. Saint International has successfully expanded its reach to Africa and now represents a fast-growing list of next-generation fashion stars from the continent.

Within just two years, Saint has signed talent from the motherland and has already garnered enviable advertising and impressive runway work for such elite luxury labels as Balmain, Balenciaga, Celine, Hermès, Louis Vuitton and Miu Miu.

“There is no model agency in Jamaica or anywhere in the Caribbean that has done what we did; taking models from continental Africa, specifically Nigeria and Cameroon, and directly booking them for the most prestigious fashion jobs in the world,” the characteristically bold Saint founder and head honcho Deiwght Peters to The Gleaner.

Peters outlined that he was able to leverage Saint’s powerful global network within the industry to be able to discover a model in an African country. And within a few weeks, getting her on a plane to Paris to start a career that once was only a dream.

“The tastemakers in the international fashion industry embraced our new African models with a fervent passion that exceeded my expectations,” he enthused. “In a relatively short span, we have made major inroads across the continent of Africa and have identified, developed and made tangible stars from Nigeria and Cameroon.”

One of Saint’s African breakout models is Nigerian stunner Tomiwa. A nursing student resident in the Osun state, she was discovered online in late 2018 by Peters.

The 21-year old beauty made her debut as an exclusive model for French label Celine (negotiated directly from Jamaica by Peters) at their much-lauded 2019 runway show in Paris last year February. “Deiwght believed in me and felt I could do well internationally, and he still does, which boosted my confidence to a hundred,” she shared.

Also making waves is Nigerian Saint David Oyinloye, currently starring in the lookbook for the French luxury goods manufacturer Hermés. “I am happy to be putting Africa on the map,” the genetically blessed model said. A trained electrical engineer, Oyinloye admitted that “the ups and downs in the industry before I joined Saint almost made me give up, and thank God I didn’t as I would have missed out on a lot”.

Not missing a beat on golden opportunities was Aworo Mayowa, an English literature graduate from Lagos State University. “I randomly followed Deiwght on Instagram and he immediately showed interest. I had been scouted by a lot of agencies, but I decided on choosing him when I saw he could be trusted (from the questions he asked) and had a lot of experience with managing top models such as Tami Williams,” she explained. Soon she was strutting the Parisian and Italian runways for Balenciaga and Alberta Ferretti and working extensively in Germany.

The story of finding fame on the Saint model express is echoed, too, by Cameroon national Gedon Kit, who was discovered on Instagram last year. “It was the beginning of a dream,” he recalled. “Before being recruited by Deiwght, I was in university doing a master’s degree, and then I got booked as an exclusive model for Balenciaga this past February at Paris Fashion Week.” The 24-year-old was also booked for Balenciaga’s Fall/Winter 2020 global ad campaign.

Life has come full circle for Saint in Africa as in its nascent days, the then fledgling agency signed a host of Jamaican models directly to South African model agencies, including Kibwe McGann, Janine Henry, Kirk Headley, and Kanhai Condison, who worked extensively in the fashion industry there, appearing in magazines, on billboards, and landing fragrance and clothing campaigns.

The world is embracing the word ‘body-positive,’ concerning fashion and beauty standards.

Being body positive is all about loving the body that you’re in, and making it work for you. It’s about realizing that you aren’t limited, to a particular fashion size, to be a part of fashion trends. It’s all about making peace with your flaws.

Earlier on, I knew that the standard beauty ideas were being tall, thin and with straight hair. It was a subconscious thing since most people look to fashion houses and publications to learn more about what’s en vogue.

Currently, there are several tutorials focused on looking after natural African hair including protective hairstyles and different head wraps. A lot of men and women are going back to their roots by embracing their natural hair. The natural curls that come out, when stylists don’t over manipulate hair, with heat and chemicals that relax and weaken hair.

However, hair care is a personal thing, so you can still wear wigs and weaves if that’s what makes you comfortable.

Being body positive also means embracing bodies that defy traditional beauty ideals. One example is how culture is embracing curvy artists like Nicki Minaj and Lizzo. With Nicki Minaj, her body transformation before plastic surgery after it is a big difference. It proves that people are free to do what they feel is right for aesthetic purposes.

On the other side, plus-size models are pushing the boundary and creating a more realistic outlook on beauty. You can open a fashion magazine and see variety in body shapes.

“You’ve got to love what you have because it is the only body that has been given,” Ashley Graham says in Vogue, November 2014.

Slick Woods has a gap tooth, & isn’t what you’d typically expect, but she’s still making strides, being a part of the Fenty tribe. She was selected to model for Rihanna’s fashion line.

Nigerian model Adetutu has tribal marks, on her face & she tweeted Rihanna so that she could get discovered. Rihanna followed her back on Twitter. Yaay, social media. I mean who would have expected it.

Duckie Thot is very dark & glossy and almost feels like a doll. Her blackness feels very surreal and a few decades ago, it would have been hard for her, to launch her modelling career.

Winnie Harlow has vitiligo. Her skin has different colour patches, and nothing can change that. She’s embraced it and used it to crack the modelling world. She was once a participant, on America’s Next Top Model, cycle 21 by Tyra Banks.

So it doesn’t matter if you’re covered in stretch marks from head to toe.

Or cellulite runs across your thighs with small dips, here and there. It’s all about standing in front of the mirror and repeating body-positive statements to yourself.

Nairobi Fashion Hub wishes you love as you spend extra time with yourself.