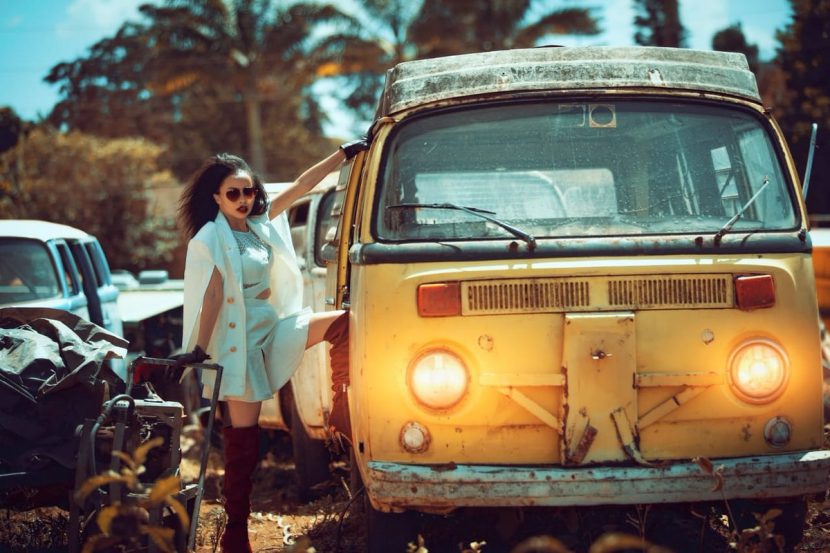 Brenda Wairimu is a Kenyan actress and model known for her role in the soap opera Mali. She is most notable for playing various roles in several television series.

Brenda Wairimu was born on 3rd May 1989 in Mombasa, Kenya. She is a Kenyan actress and a TV Show co host of Lets Talk in Ebru Tv.

Brenda says that it was not easy for her to break to the acting scene since most directors said her look was not right, she was either too short or too light. Her big break came when she landed the Changing times role because the directors were looking for a Swahili girl and Brenda’s was perfect for the role.

Brenda an Juliani have been in a romantic relationship but they like to keep it private that makes people speculate about their seperation.During ‘Lets Talk’ Brenda told her co host how she made a move on Juliani.

“I actually met J on social media,I slide in his DM. You might not know this about me, but I love rap, hip hop and all that and I was a big, huge fan of his and I used to do short braids when I knew he was going to perform so that I can shake my head. So when I got to the industry I was like, maybe now I can get to meet this icon, this person that I really enjoyed his music. So I was like, hey I like your music and what not and the rest is history.”

Next article -The PGM Club Scores It Big with ‘This Is Hip Hop’ Featuring illbliss, YCee, Ikon, SDC and more »