Toni-Ann Singh (born 1996) is a Jamaican -American actress and beauty pageant titleholder who was crowned Miss World 2019. She was previously crowned Miss Jamaica World 2019, and is the fourth woman from Jamaica to win Miss World. 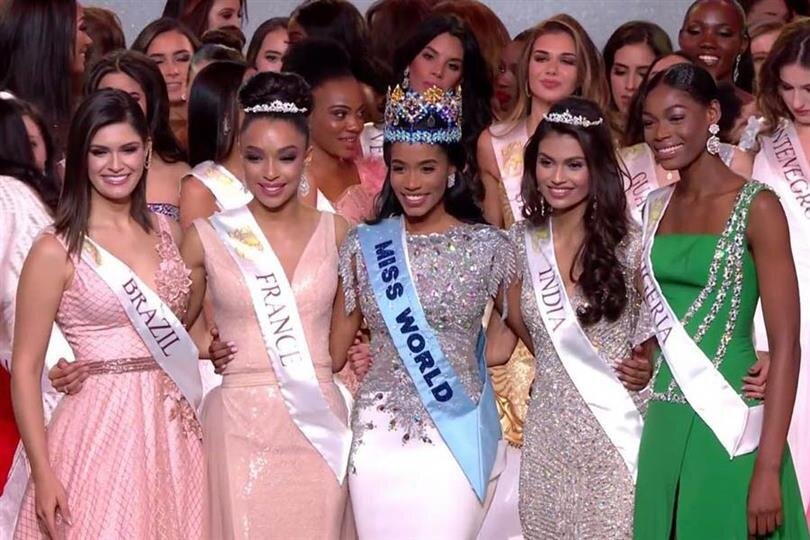 The family immigrated to the United States when Singh was aged nine, settling in Florida. She attended Florida State University in Tallahassee, Florida, where she graduated with a degree in women’s studies and psychology.

In 2019, Singh competed in the Miss Jamaica World 2019 competition, where she ultimately won the title. Afterwards, Singh was given the right to represent Jamaica at Miss World 2019.

Singh left for London in November 2019, to participate in the Miss World pre-pageant activities. Singh placed in the top 40 of the Top Model competition and won the talent competition, which granted her direct entry into the top 40 semifinals. Finals night was held on 14 December at ExCeL London, where Singh advanced from the top 40 to the top 12, and ultimately to the top five. She was then crowned the winner, besting first runner-up Ophély Mézino of France and second runner-up Suman Rao of India.  With her win, Singh became the fourth Jamaican woman to hold the title, with the last being Lisa Hanna who was crowned Miss World 1993, and the first black woman to win Miss World since Agbani Darego of Nigeria won Miss World 2001.Her win also made 2019 the first ever year that black women won the two most prestigious beauty pageant titles in the world, after Zozibini Tunzi became South Africa’s first ever black woman to have won the Miss Universe title. 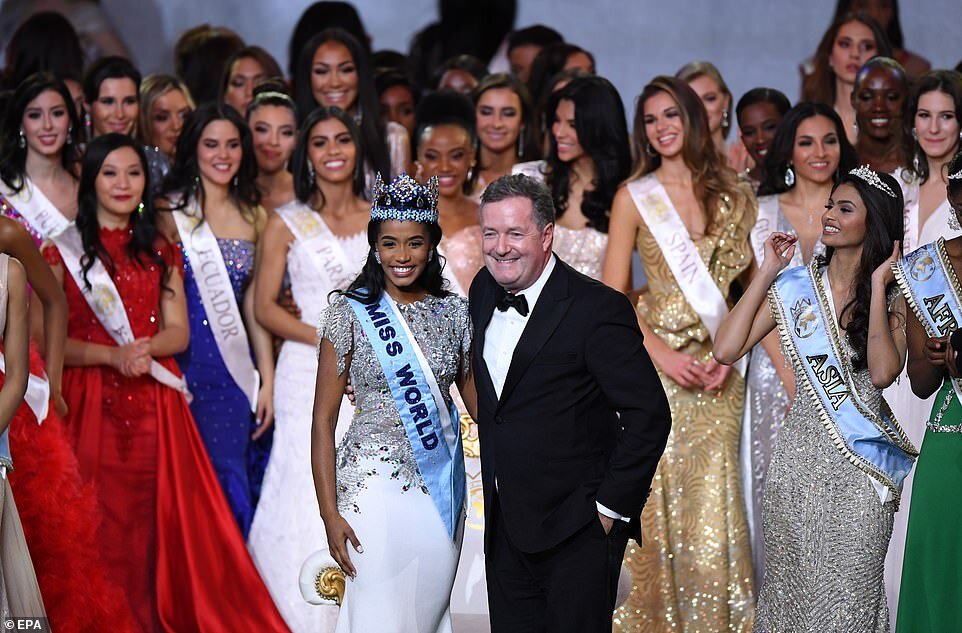 “To that little girl in St. Thomas, Jamaica and all the girls around the world – please believe in yourself. Please know that you are worthy and capable of achieving your dreams. This crown is not mine but yours. You have a PURPOSE,” Singh tweeted on Saturday.

Singh, 23, was born in Morant, St. Thomas, Jamaica. She is a psychology and women studies graduate of the Florida State University.

Toni-Ann Singh from Jamaica is the 69th #Missworld pic.twitter.com/tgyTFFiuKU

Prior to the winning the pageant, Singh was taking a year off from school before attending medical school.

On Saturday, she earned an ovation from the audience after singing Whitney Houston’s hit “I Have Nothing” during the beauty pageant and after a round of questions from British journalist Piers Morgan.

“I think I represent something special, a generation of women that are pushing forward to change the world,” she told Morgan.

The two runners-up for the crown were Miss France and Miss India. Singh was crowned by last year’s winner, Vanessa Ponce de Leon of Mexico.

This is the fourth time that a representative from Jamaica is crowned as Miss World since 1959. Jamaica has previously won Miss World titles in 1963, 1976 and 1993.