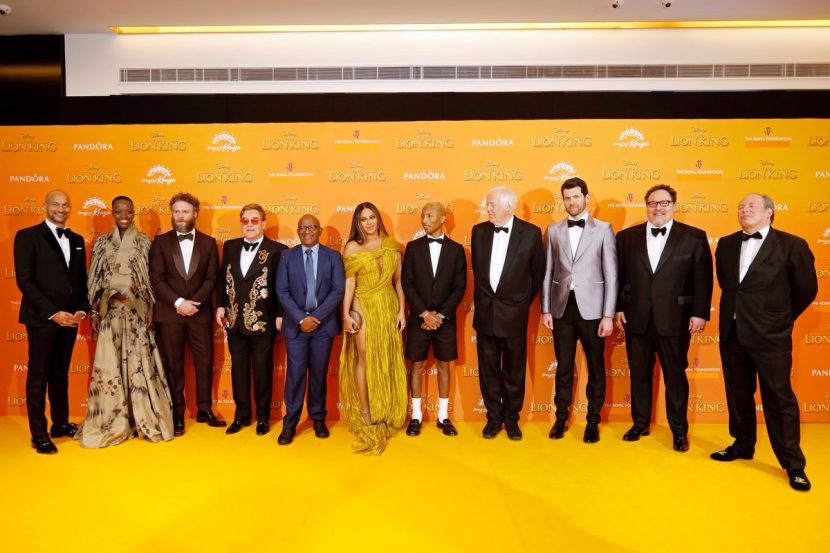 The Lion King premiere is officially underway with a whole bunch of celebrity guests in attendance at the grand event held in London’s Leicester Square tonight.

Meghan Markle and Prince Harry oozed glamour on the orange carpet, while music royalty Beyonce and Jay Z were seen looking loved up as they posed for cameras inside the venue. Beyonce, who voices Nala, was dressed in a gorgeous yellow ensemble, while her rapper husband was seen sporting a flash tux for the black tie event.

Their daughter Blue Ivy, who narrated the Lion King to Donald Golver’s son, sadly didn’t join them for the event. Elsewhere Sir Elton John, who also scored the music for the original 1994 film, was spotted wearing a beautifully embroidered blazer which featured his initials on the lapel. Talk about style.

Pumbaa voice star Seth Rogen smiled as he made an appearance as did overnight Glastonbury star Alex Mann, who wowed audiences just a few weeks ago when he got up on stage with Dave and rapped along to Thiago Silva. Pharrell Williams was also among the high-profile names and looked effortlessly cool as he rocked his signature cropped trousers, with white socks and loafers.

Other guests included Love Island’s very own Montana Brown and Kaz Crossley, as well as Maya Jama and singer Ella Eyre. The Lion King remake has been almost three years in the making, with Disney confirming that Jon Favreau would be at the helm back in 2016.