The Sarit Centre is one of the largest shopping malls in East Africa, and was the first enclosed shopping mall in the country when it opened in 1983. It houses over 500,000 square feet of space occupied by a diversity of retail shops, offices, medical facilities and other utilities.

The Sarit Expo Centre is a popular venue for international exhibitions as well as private functions and banquets with over 25,000 visitors come to the Centre every day. 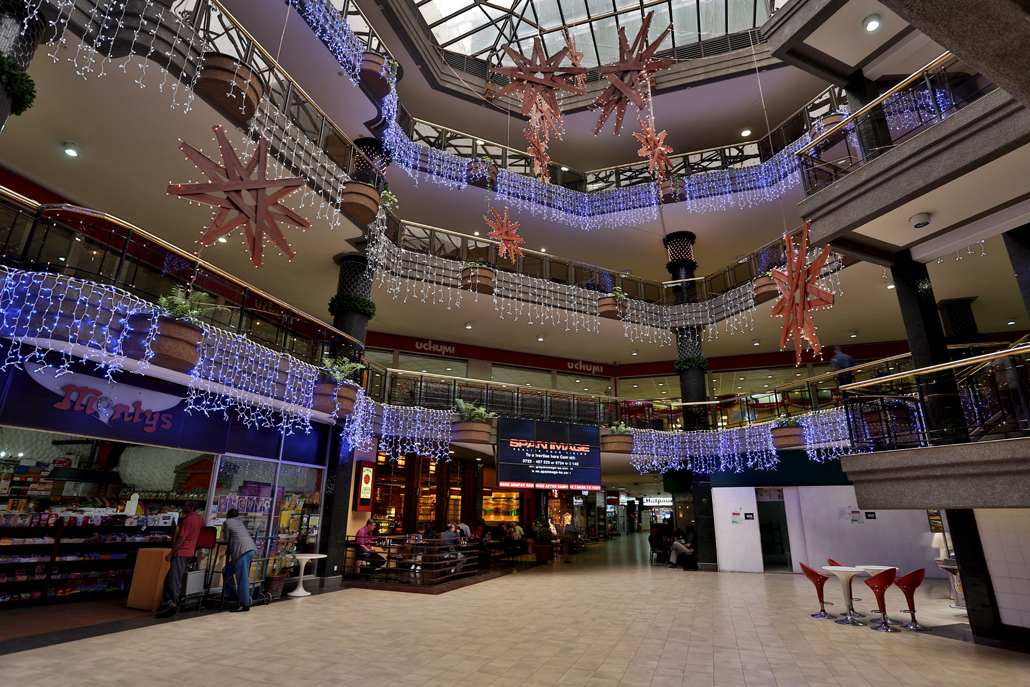 The Centre continues to be an integral part of Nairobi, and is in the process of developing a new wing which will provide more shops, and restaurants.

History of the Sarit Centre

At the end of Kenya’s colonial era in the early 1960s, many Europeans and Indians sold up and left the country, fearing that they had no long-term future in an independent Kenya. Not so for two young Indian men, both working in their family businesses in the up-country townships of Murang’a and Karatina.

Sobhagayachand Vidhu Shah (known as Bachu or Bachubhai to all his acquaintances) and his friend Maneklal Rughani saw the change as an opportunity.

Drawing on their families’ resources, they moved to Nairobi and started the Text Book Centre, providing text books, stationery and sports goods to the growing number of schools across the country.

In 1973, his Holiness Sat Guru Pujya Hariram Bapa visited Bachubhai Shah at his house on land where The Sarit Centre now stands. He advised “never sell, buy the adjacent plots, this land is blessed”. Advice the businessmen took, when a few years later on a trip to London Maneklal Rughani visited the new Brent Cross Shopping Centre, and returned determined to build a similar shopping complex in Nairobi.

The neighbouring plots were purchased, an architect briefed and construction started. The project had to be abruptly halted following a coup attempt in 1982, but a much scaled-down complex opened in April, 1983 – The Sarit Centre was a reality.

We are located in Westlands Nairobi