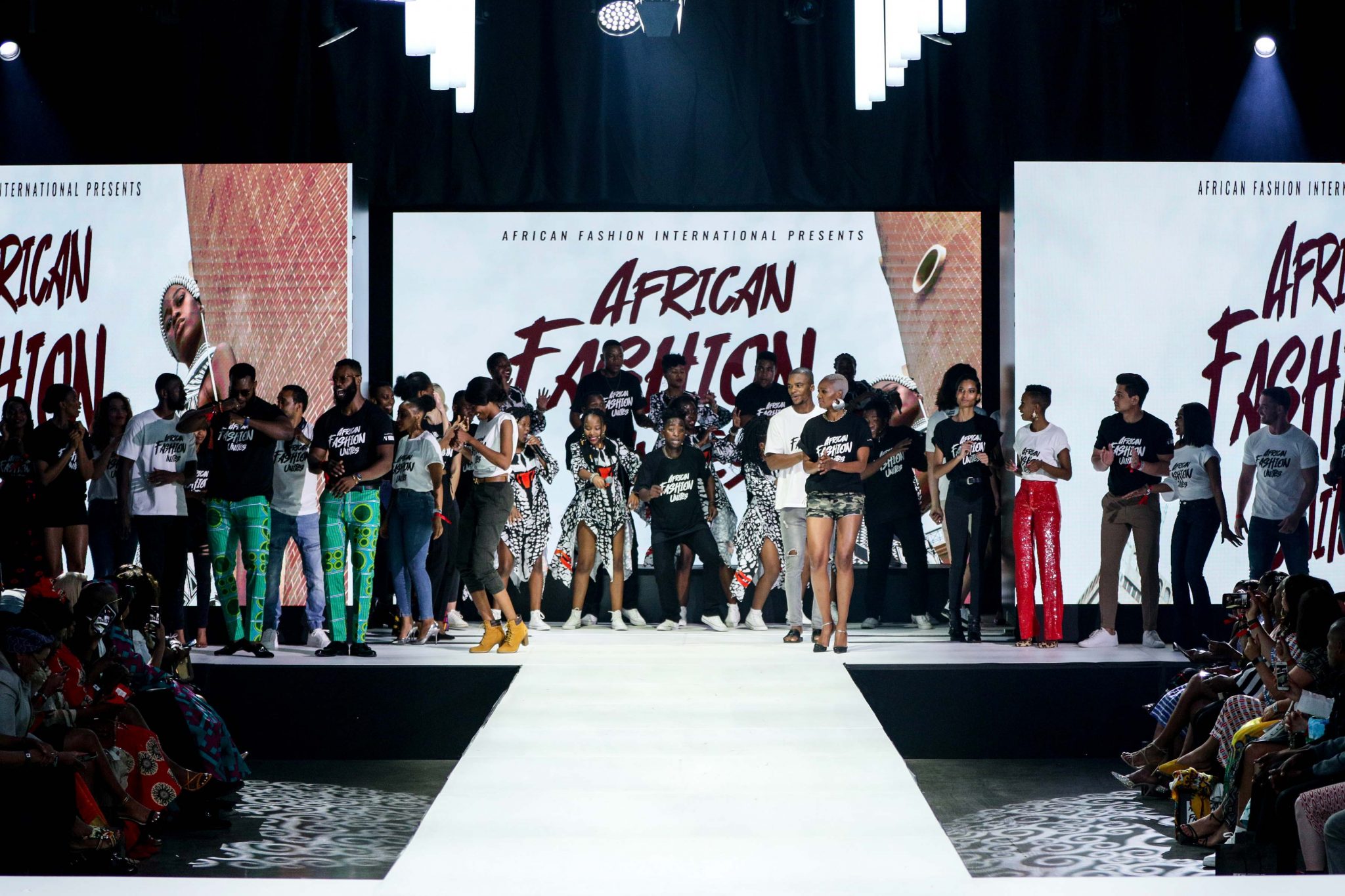 AFI stated that this year’s theme ‘Be You, Be Truly African’ will celebrate all the unique and multifaceted expressions of being African in a globalized world.

“Incoming together, after a long period of isolation, we are presenting a renewed outlook on who we are and what makes us unique. Driven by lifestyle and fashion, the emerging and established designers will showcase their latest collections, having reimagined new trends to complement the new way of living,” AFI said.

Guests can expect an expressive blend of fashion, cuisine, cocktails, live music, and a 360-degree view of the city of Johannesburg. In-person and virtual guests can Shop the Runway with House of Nala, which has curated offerings from pan-African ready-to-wear and luxury brands. The Shop the Runway experience will travel to Durban and Cape Town, bringing fashion enthusiasts of African luxury fashion to their cities.

To book your spot online or in-person Click Here tickets are for sale and extremely limited.

Themed Be you, be truly African, this year’s hybrid showcase of African fashion by African Fashion International takes place from October 28 to 30 2021 at the recently launched Alto 234 – Africa’s highest urban bar on the 41st floor of the Leonardo building in Sandton, with magnificent views of Johannesburg.

AFI is renowned for hosting world-class fashion and lifestyle experiences, and guests can expect an expressive blend of fashion, cuisine, cocktails, live music, and a 360-degree view of the city of Joburg.

In-person and virtual guests can Shop the Runway with House of Nala, featuring curated offerings from pan-African ready-to-wear and luxury brands. The Shop the Runway Experience will travel to Durban and Cape Town, making African luxury fashion more accessible.

Emerging and established designers will showcase their latest collections, with a mission to reimagine lifestyles for our new ways of being.

The final showcase is presented by David Tlale on Saturday, October 30.

An annual selection of five to 12 finalists is paired with an established designer mentor as they compete in a three-episode reality TV series.

The winner is awarded the title of Young Designer of the Year, start-up capital to invest in their business and a retail opportunity with AFI’s e-commerce platform and House of Nala Concept Store.

The young emerging designers on the AFI Fastrack program will showcase their final collections on day two of fashion week.

PlatAfrica is again partnering with AFI, to showcase this year’s finalists’ pieces as part of 2021 Joburg Fashion Week 2021. The winners in the student/apprentice and professional categories, as well as the popular People’s Choice Award, will be announced during the virtual showcase event on October 29. 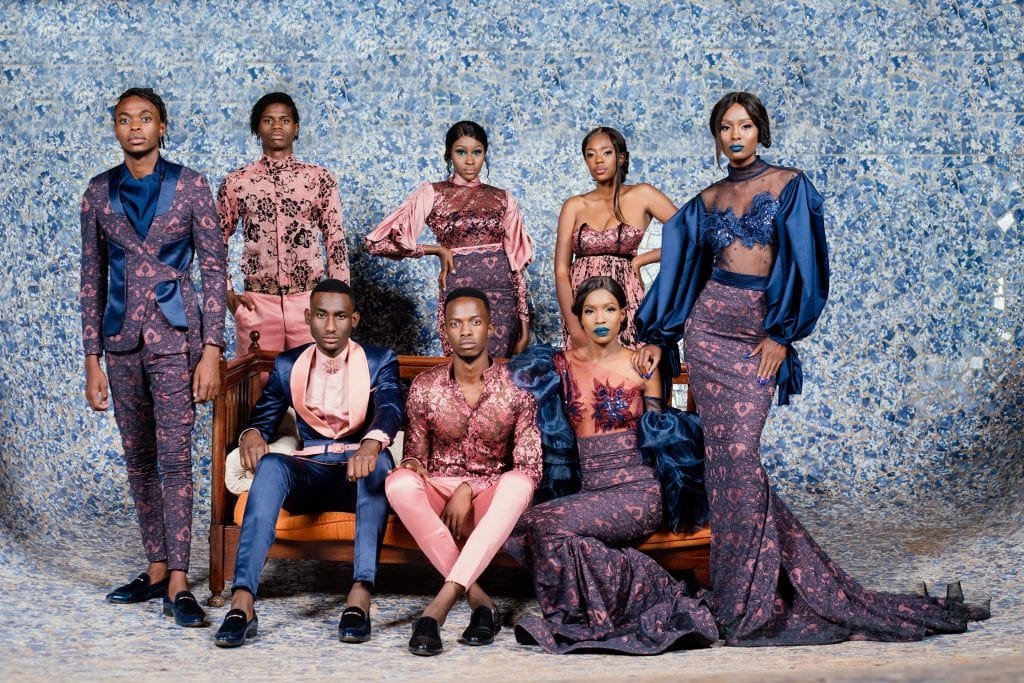 While fashion weeks are about the official shows on the calendar with onlookers being enamored by big brands, it’s also an opportunity for emerging brands to get their name and brand in front of buyers, media, and the masses.
There is a move-in fashion to bring more African talent to the forefront, like the IFFAC Investment Holdings Company, an investment fund aimed at supporting Africa’s creative and lifestyle industries. One such emerging brand that has sparked waves in his native Zimbabwe is Ishmael Tsakatsa, founder of Zargue’sia. His Paris Fashion Week show fell in line with the trends that are already being seen for the spring-summer 2022 season.

We’re seeing a lot of rich color from brands and Zargue’sia’s unveiling revealed a lot of rich colors and use of light textiles. Earth tone browns and oranges are part of the color palette, as well as orangey pinks, cremes, and baroque-inspired prints. Themed “Stones of Fire,” it took Tsakatsa over 11 months to create from the first sketch to fabric selection, pattern making, and last stitch.

“It was inspired by the innate human ability to pursue purpose with courage and determination regardless of the challenges and obstacles faced. Taking a literal example of a volcano, the hot molten lava is able to destroy anything standing as an obstacle in its way as it flows like a trailblazer,” he shares.

This is his first Paris Fashion Week and creating the collection had its challenges. “The preparations were very demanding but worth every single sweat. There were high expectations to be met with regards to how best l can represent Zimbabwe and Africa at large on my debut at Paris Fashion Week.”

A collection of seven looks, one look, with a pussy bow neckline chiffon blouse with ruffles on the sleeves is paired with an empire waistline fitted brocade pencil skirt with piping detail. And Tsakatsa created a voluminous gown, a strapless tiered ball gown with a beaded tasseled shoulder neckpiece.

Not originally trained in fashion design, Tsakatsa studied physiotherapy. “I was inspired by the love of a royal aesthetic with elegant drama and opulence,” he muses. “It started as a hobby way back then in my school days until I noticed that with my creative ability l had something fresh to offer to the world. I then launched my brand and since then I have never looked back.” Presenting at Zimbabwe Fashion Week in 2012 in a young designer’s competition he decided to launch Zargue’sia in 2013, where he was nominated for the Emerging Designer of the year award.

The following year he won the Zimbabwean Designer of the Year award. Zimbabwe isn’t known for fashion but for Tsakatsa he offers, “acquisition of entrepreneurial skills and knowledge in the fashion business and trade for economic development, growth, and sustainability,” to his country’s fashion industry. And for him, his collections are inspired by the Word of God from the Bible and the essence that lies behind the magnificence and radiance of God’s beauty.

It’s a collection of color, inspired by nature, God’s beauty, that’s in sync with the trends fashion is seeing on the major runways for the SS22 season. Tsakatsa will be hosting a re-see later this month in Paris. 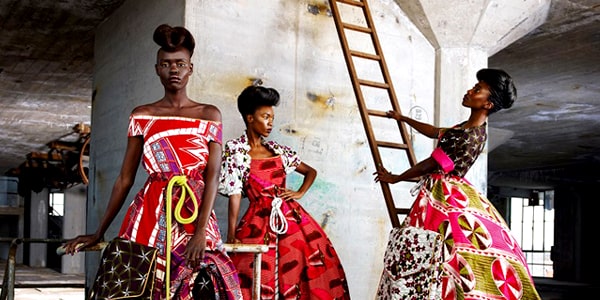 In celebration of sustainability, inclusivity, and diversity, the Camera Nazionale Della Moda Italiana partners with the DHL Young Designer Award and the Camera Buyer Italia.

Milan Fashion Week is not exclusively reserved for large houses or established brands, thanks to the Camera Nazionale Della Moda Italiana (CNMI). During Milan, Fashion Week Women’s Collection Spring/Summer 2022, from Sept. 21-27, 2021, CNMI celebrates and promotes young design talents from around the world at the Fashion Hub. A venue dedicated solely to the most interesting international designers, the Fashion Hub provides high visibility to emerging talents who embody CNMI’s values, like sustainability, inclusivity, and diversity.

Other exciting initiatives exhibited at the Fashion Hub include the CNMI’s collaboration with the Hungarian Fashion and Design Agency on “Budapest Select;” the CNMI sustainability program’s “Designers for the Planet” promoting three emerging, eco-conscious brands (Tiziano Guardini, Gilberto Calzolari, and Re-generations); a joint-effort Instagram competition and project by DHL and the Camera60Studio to promote Italian craft businesses’ commitment to sustainability; a collaborative endeavor between CNMI and the Black Lives Matter in Italian Fashion Collective entitled “Black Lives Matter in Italian Fashion,” featuring five new BIPOC designers.

A true collaborative venture, the Fashion Hub celebrates the best and brightest new talents within Milan and far beyond. 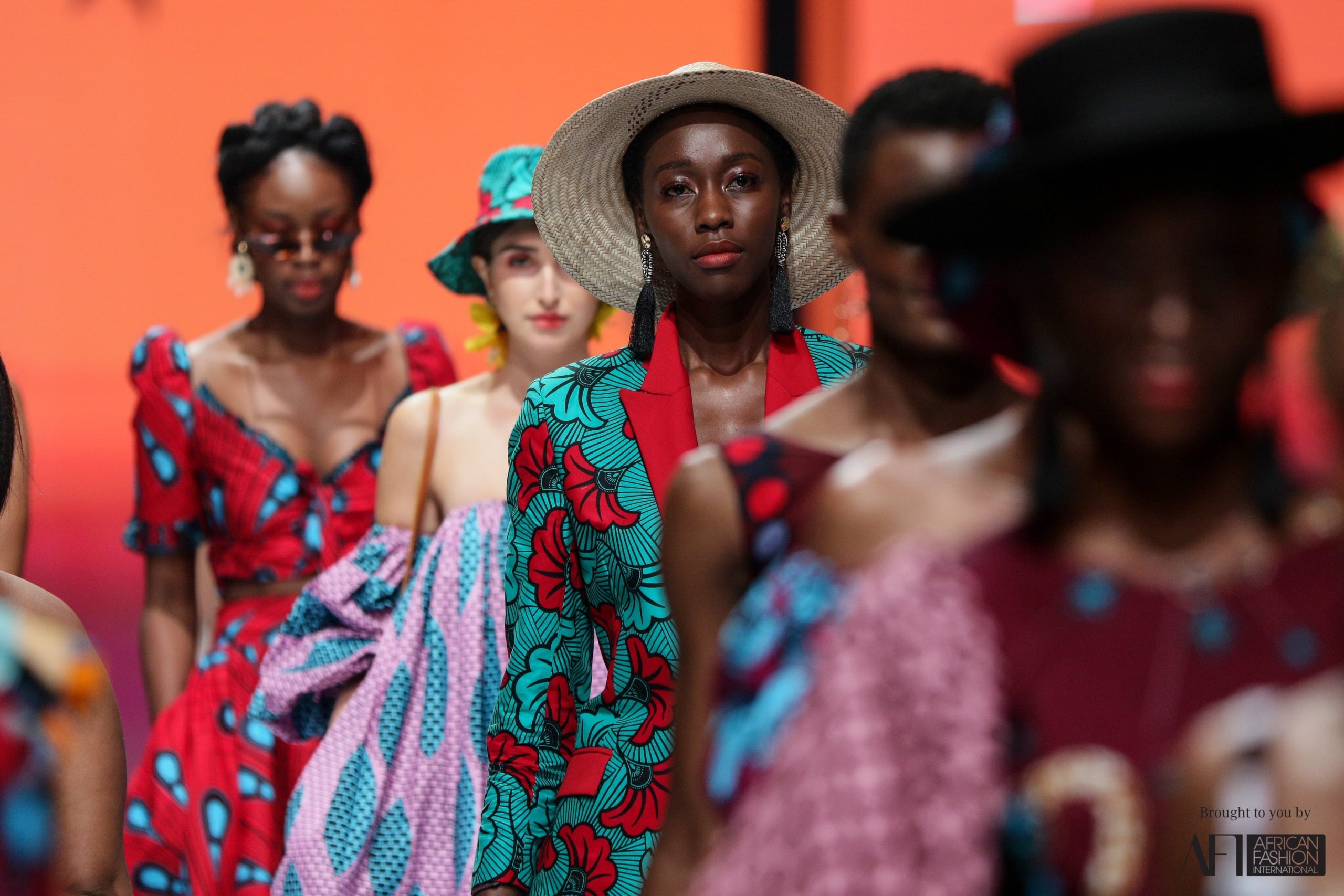 African Fashion International (AFI) will present the 2020 Joburg Fashion Week which will be presented via a virtual runway from 13 to 14 November.

Due to the global pandemic, the fashion industry has had to move into the digital domain and fashion shows around the world have been presented via virtual platforms.

Joburg’s 2020 virtual show will feature a ready-to-wear virtual runway with an assortment of curated locations that showcase the beauty of Johannesburg. The runway will be reimagined with each setting to enhance each designers’ storytelling with African culture and heritage.

The virtual platform will also allow audiences to view, click and pre-order designer collections during and post the event.

The New Face Of Fashion Weeks

Due to COVID-19, virtual fashion shows and digital catwalk collections are emerging as an alternative to fashion weeks.

In addition to the influence of the global pandemic, the rising financial and environmental cost of producing fashion events have also caused an about-turn, and 3D virtual shows and augmented reality experiences are emerging as an exciting and even more accessible alternative compared to the traditional fashion calendar.

African Fashion International are no strangers to hosting virtual runway shows. The last day of AFI Fashion Week Cape Town in March 2020 was livestreamed under unforeseen COVID-19 precautions, making AFI the first on the continent to incorporate digital mediums.

Eighteen local and international designers were showcased at the fashion week, which also featured masterclasses and stage performances from AKA and Ricky Rick. The third day of the fashion week was streamed live due to the COVID-19 outbreak and no audience was allowed into the venue.

AFI recognises the value of the virtual platform and the power it has for inclusivity within the industry by reaching audiences who otherwise would not participate in traditional physical shows.

The association hosts the AFI Joburg and AFI Cape Town Fashion Week each year, which showcase, promote, and retail refined African brands from 40 pan-African designers. Fashion-lovers and aficionados can find the AFI exclusive runway collections in the online boutique store.

“The front row is open to everyone, as we come together to reinvent the fashion industry, restore hope and drive sales for designers through our e-commerce platform,” she says.

The Future of African Fashion Social media has als

Steve Madden has announced its first ever African

That's why I don't wear them. “A cause may be in