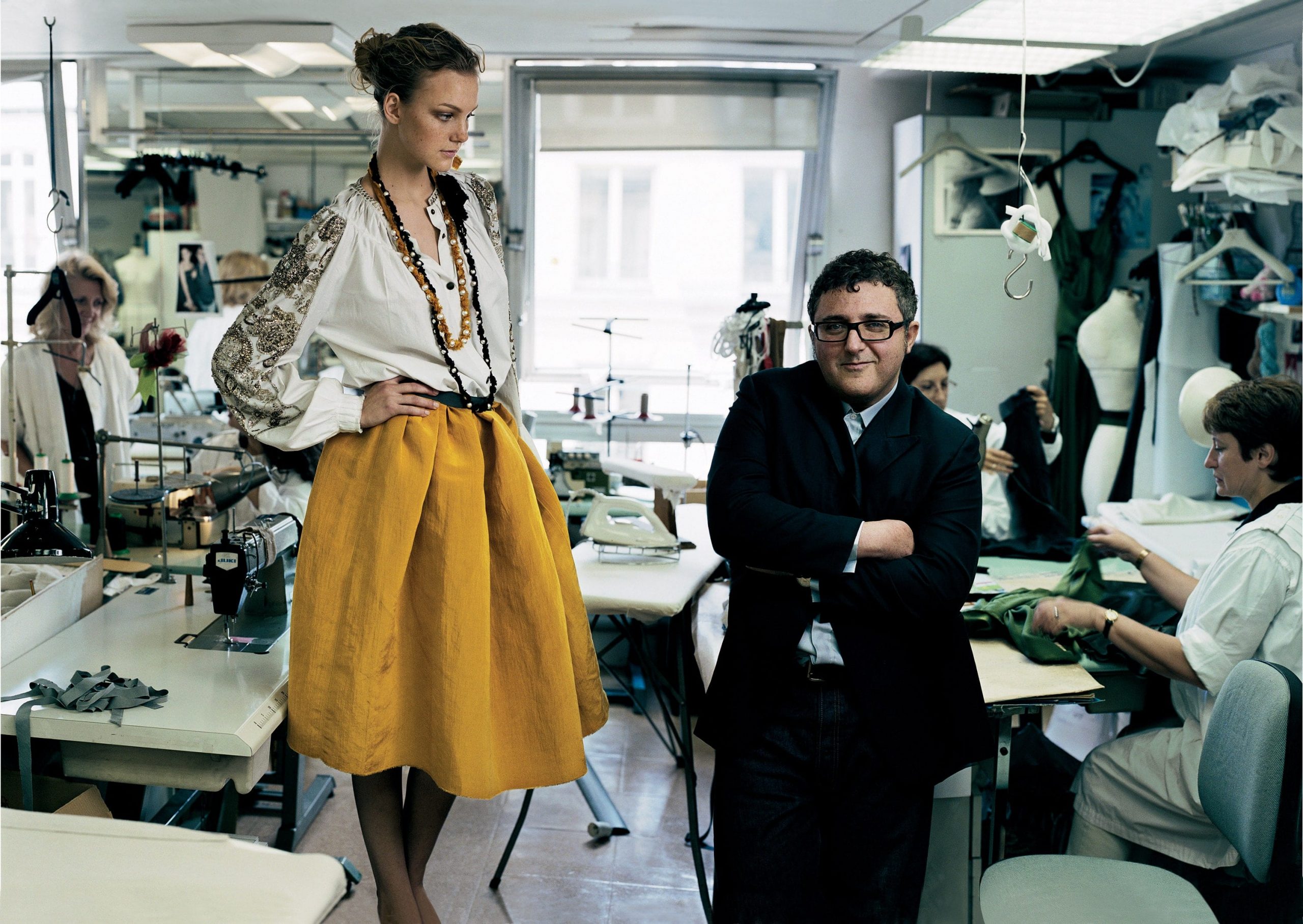 Alber Elbaz, the Moroccan-born Israeli fashion designer best known for rejuvenating the Lanvin brand, died in France of COVID-19, according to reports. Israeli media has reported that he died of the South African variant of coronavirus, despite being fully vaccinated. He was 59 years old.

The designer, known for his elegant feminine dresses with visible zippers, first worked with Geoffrey Beene in New York, then with the houses of Guy Laroche and Yves Saint-Laurent in France before his 14-year run at Lanvin. He was controversially dismissed from that position in 2015. In late 2019 he formed his own company, AZ Fashion, and the first collection of its line AZ Fashion debuted this January.

In a New York Times profile, he explained his concept of “Anatoknit,” in which ergonomic lines worked to create tension and release for maximum comfort that took seven months of research and development. He was driven to design something stylish that a woman could wear and “eat a big piece of cake.”

Meryl Streep wore an Elbaz-era Lanvin dress when she accepted her Academy Award in 2012 for The Iron Lady, as did Tilda Swinton when she won for Michael Clayton in 2008. He was also credited as a special costume designer for Portman’s 2015 film A Tale of Love and Darkness.

Elbaz was also known for his good humor, made evident in this quote when asked about the importance of fashion: “Today, I was at Barneys for a couple of hours we had a trunk show. There was this woman I was helping, and she told me at the end of this little rendezvous we had, ‘I am going to be broke, but I am happy.’

I think this is the whole idea of what fashion is going to do today, and I am saying that, when everything is crashing, maybe it’s not a bad idea to invest in a good dress.”