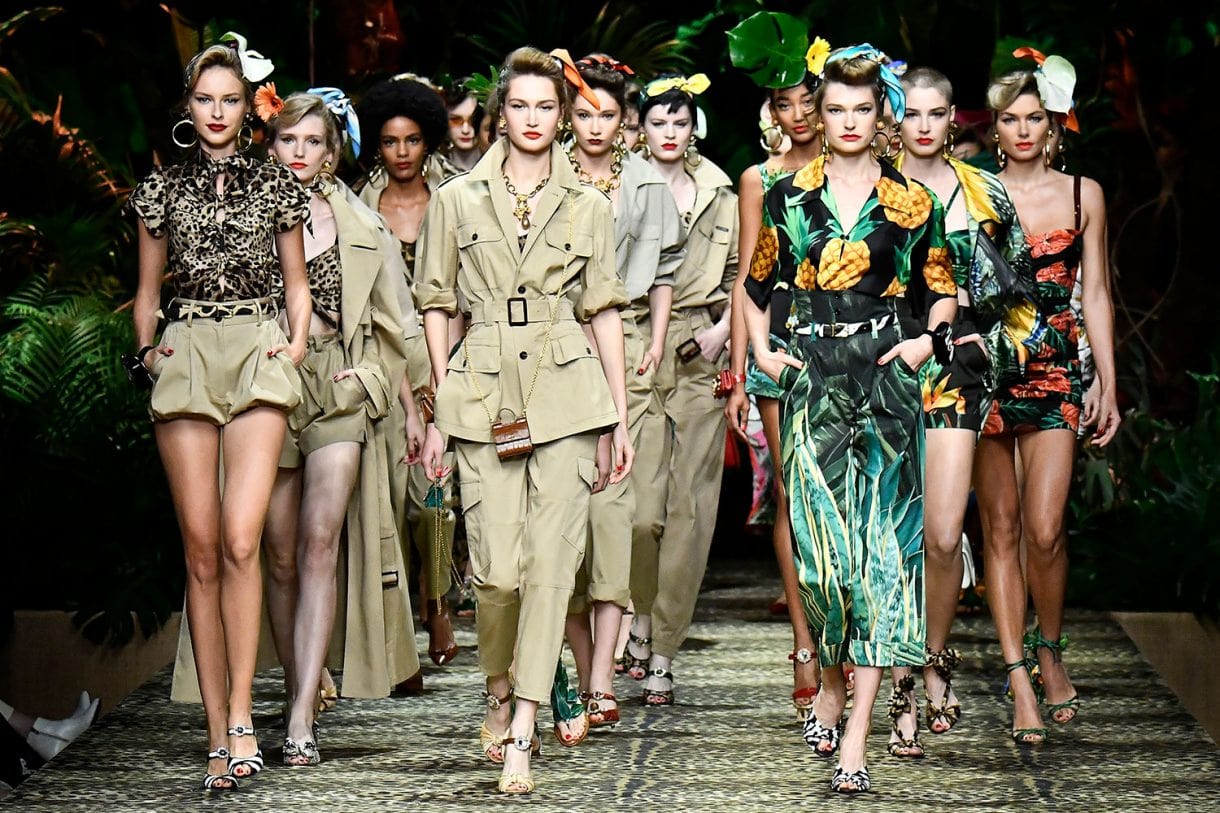 The fashion industry provides the world with a full calendar of fashion show events from across the world. From runway shows to trade shows, the fashion world knows how to keep busy. But which events are not to be missed? As most things in the world, not all fashion events are created equal. Some events just top the hot list year after year.

Here is a list of the top ten annual fashion events to attend, or at least dream of attending don’t forget to add them your bucket list.

The greatest of all fashion shows, it is one of the most celebrated fashion weeks held in bi-annually in Paris one of the four fashion capitals of the world. The event is held to showcase Spring-Summer and Autumn-Winter collections at the respective times of each year. Many of the notables in the fashion industry, as well as the well-known connoisseurs of fashion attend the event to view the designs.

New York Fashion Week is a biannual event which occurs in February and September of each in New York, one of the primary fashion capitals around the globe. The New York Fashion Week event is considered to be among the four major fashion weeks in the world next to London, Milan, and Paris.

The event is attended by some of the biggest fashion names in the industry including Ralph Lauren, Calvin Klein, Marc Jacobs, Michael Kors, Dianne von Furstenberg, Tommy Hilfiger, Herve Leger, Brooks Brothers, Alexander Wang, and many more. It was established in the early 1940s and was the first fashion event across the world. The purpose of the event is showcase American fashions which ordinarily play a secondary role to French designs.

Milan Fashion Week (Italian: Settimana della moda) is a clothing trade show held semi-annually in Milan, Italy. The autumn/winter event is held in February/March of each year, and thespring/summer event is held in September/October of each year. An event of glitz and glamour in Milan, Italy among the big Four Fashion Capitals around the world, the Milan Fashion Week occurs bi-annually like its counterparts every year.

It is scheduled in the months of February-March for the Spring Summer Collection and September- October for the Autumn Winter Collection. It begun in the year 1958 and since has been counted as one of the most illustrious shows the world over. Prestigious fashion houses are part of this event which includes Dolce & Gabanna, Roberto Cavalli, Gucci, and Prada among others.

London Fashion Week is one of the primary four fashion week events around the globe which takes place bi- annually during February and September. The event showcases the latest trends and designs in womenswear and is attended by top designers and fashion houses in the industry who flock to the event to exhibit their latest creations.

It was launched in the early 1980s and is organised by the British Fashion Council discussed earlier.

Berlin Fashion Week is a relatively new event which takes place at Brandbenburg Gate each year during the months of January and July. The event was initiated in 2007 with the purpose of showcasing up and coming designer’s creations. Berlin Fashion Week is a collaborative effort of the Berlin Senate and the Berlin Partner GmbH, the central contact agency for overseeing new operations and foreign trade to promote Berlin as a business hub. The event is sponsored by Mercedes-Benz which also sponsors a series of other fashion industry events.

Since the establishment of the Berlin Fashion Week event almost a decade ago, the event has gained international status for many new and upcoming designers. The designers are bringing their fashions to the Berlin capital in an effort to get started on their way in the highly competitive fashion industry. Attendees can view fashions from designers such as Dorothee Schumacher, Ewa Herzog, Fyodor Golan, Emre Ernemoglu, and more.

The Australian Fashion Week is an annual event held in the country which aims to feature the works of fashion houses and designers from the Australian and Asia Pacific regions. It was first held in the year 1995. This event brings the designers and the retail buyers under one roof and helps the latter to purchase the latest in fashion from them.

Dubai Shopping Festival (DSF) started on 16 February 1996 as a retail event intended to benefit retail trade in Dubai, United Arab Emirates. It has since been promoted as a tourist attraction.It is an annual month-long event, usually scheduled during the first quarter of the year, and attracts about 3 million people to Dubai.

Over the 30 day period, visitors have access to the best fashion brands from around the world with special deals and promotions, in addition to attending a variety of arts and cultural events. The events take place in the Mall of the Emirates and include The International Festival of Fashion Photography from Cannes which is an extraordinary showcase of the latest beauty and fashion photography in large format by notable fashion photographers.

You can also experience events such as The Diamond Fashion Show by Dhamani which features notable jewellery designers who showcase their exquisite designs against a sparkling Burj Khalifa backdrop. The Dubai Shopping Festival website is a great place to discover more interesting fashion events during this annual extravaganza.

The Japanese are known for excelling in whatever they do. Fashion is not an area where they are lagging in any respect. The Tokyo Fashion Week is an event which has steadily climbed up the charts of popularity over the years.

The styles and trends showcased are bold and often very experimental. Some of the most unusual fashion trends have come out into the world through the Tokyo Fashion Week and it wouldn’t be a surprise if this event slowly becomes one of the best in the industry.

Founded in 2011 by Ronke Ademiluyi, Africa Fashion Week London ( AFWL ) is Europe’s largest fashion event promoting and nurturing African and African-inspired design talent ,with a collaborative catwalk, exhibition and business development program, AFWL has led the way in highlighting Africa’s emerging designers and apparel industry and has been at the forefront of bringing awareness of Africa’s burgeoning fashion industry to the international market.

Since 2011, AFWL has hosted 8 catwalk events and contributed expertise to at least 10 more events produced by 3rd parties such as The Mayor of London’s Black History Month celebrations, they  have also showcased over 800 emerging designers & exhibitors, from Africa, Europe and America, to almost 70,000 visitors including buyers, retailers, influential industry professionals, and the media and is now a highlight on the annual fashion calendar.

AFWL brings value to designers through, contacts, experience and knowledge within the fashion community, with a core team made up of experienced fashion industry experts and business professionals, AFWL is committed to creating a platform for African and African inspired designers that not only showcases them to an international market, but also supports them in building a sustainable business that is globally recognized and promotes social change in Africa.

While there are several productions that take place throughout the county of Los Angeles, a number of city officials, including Mayor Eric Garcetti and District 14 council member Jose Huizar, have awarded event organizers LAFW the official event status

The CFDA Fashion Awards, also known as the Fashion industry Oscars, this annual event recognizes individuals in the American Fashion Industry with awards for design excellence and extraordinary accomplishments in journalism and creative vision, according to the CFDA.

There is also a lifetime achievement given each year. But the highlight of this award show is of course the red carpet. Stars and industry people dress to impress in the best of high fashion. It is not only an event; it is a star studded runway show.

Fashion shows debut every season, particularly the Spring/Summer and Fall/Winter seasons,this is where the latest fashion trends are made.