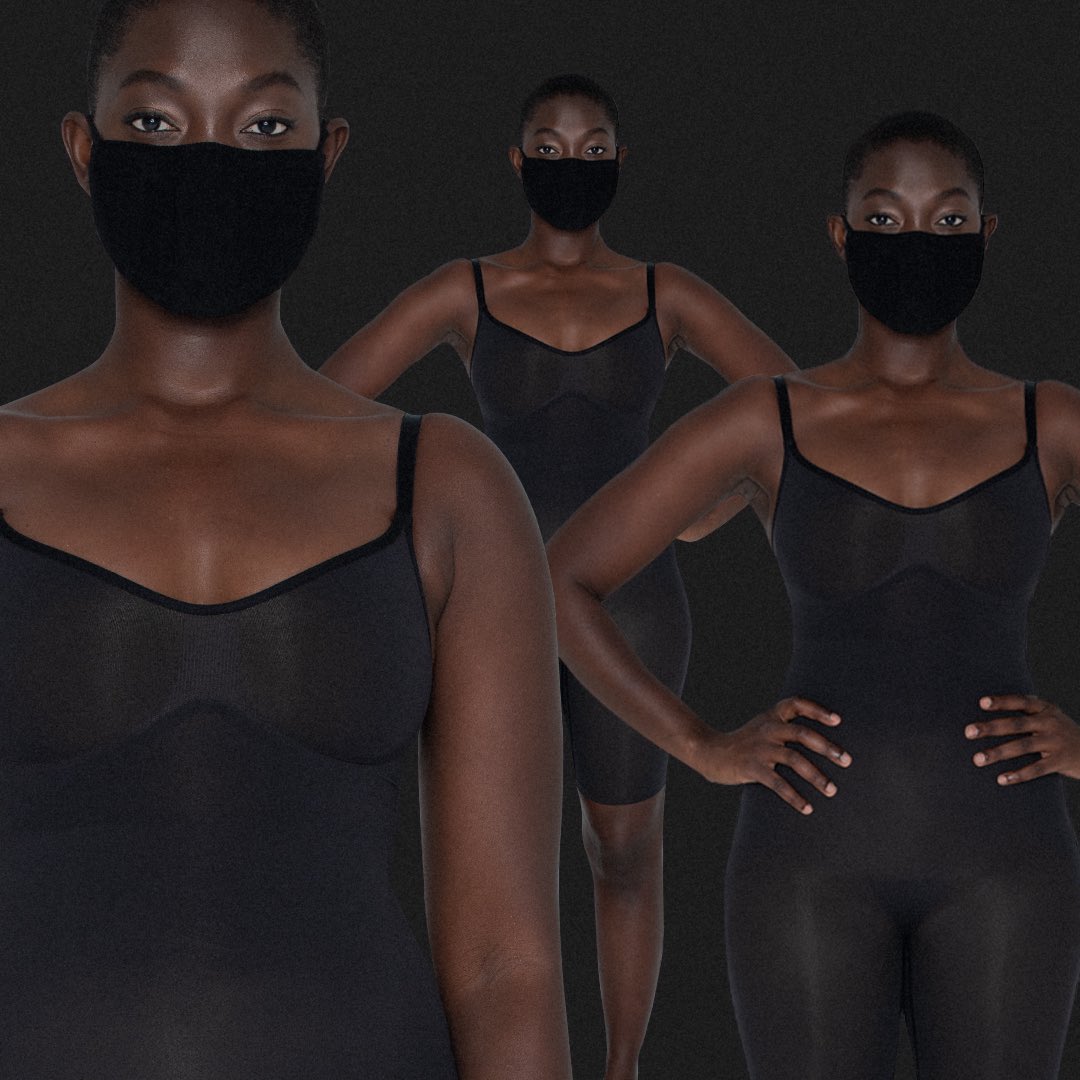 The reality star promoted her new line of face masks on Twitter, describing them as coming in “5 shades of Nudes,” but one of those five colors is solid black, described as “onyx” on the SKIMS website.

Kim Kardashian may have been trying to be fashion-forward with her new line of face masks, but many see the reality star as taking at least two steps backward in describing a solid black face mask on an African-American model as “nude.”

The masks do indeed come in five different shades, with four of them arguably coming close to various skin tones (described on her website as sand, clay, sienna and cocoa). But the last one, described as onyx on the website, certainly appears to be solid black.

This would be fine if she had described them as face masks in various shades or colors, as she did elsewhere, but it was her choice of the word “nude” in this particular tweet — and the fact that she chose a black model to highlight the “onyx” mask — that raised eyebrows and outrage online.

On her website, there is a white model wearing the “onyx” mask, and on Instagram she described the masks plainly as coming in “5 colors.” It was when she shifted to Twitter that she caught ire for a post that is still up after two days.

She followed that tweet with another promoting the masks, using more generic terms, and then another touting that they had sold out already and are being produced as quickly as possible to get them back in stock (they are still out of stock as of this writing).

Breathable, soft, and comfortable, SKIMS Face Masks are designed for all-day wear. Shop now in 5 colors at https://t.co/Bn8kuwzuR5 and today only, enjoy free shipping on domestic orders over $25 while supplies last. pic.twitter.com/79h44guaYK

She has since moved on to promoting her “summer mesh” line, which also comes in “onyx” shade. But this time, Kim is modeling the pieces herself and there is no mention of nude.

It’s certainly possible that the whole thing was a simple mistake on Kim’s part, who didn’t fully realize what she was saying with that word, but many online see it as an example of “casual racism,” and one that Kim should know better about considering her husband and children are black.

Is she even aware of the outcry? The “nude” term was used on her personal Twitter feed to promote the SKIMS line, and that tweet was retweeted by the official SKIMS account.

Both tweets are still active and both are filled with comments about how offensive they are. None of the comments have been responded to in any official capacity. TooFab has reached out to representatives for Kim Kardashian for comment.

This isn’t Kim’s first time courting controversy for perceived racism with her SKIMS line. The line’s very name was originally envisioned as Kimono, before calls of cultural insensitivity and appropriation saw the reality star shift to the SKIMS name.

Controversies aside, the new line of face masks reportedly sold out in less than 30 minutes. At the same time, Kim announced that her company was donating 10,000 of their masks to four different charities: Baby2Baby, Good+ Foundation, Los Angeles Regional Food Bank, and National Domestic Workers Alliance.

This article originally appeared on Toofab