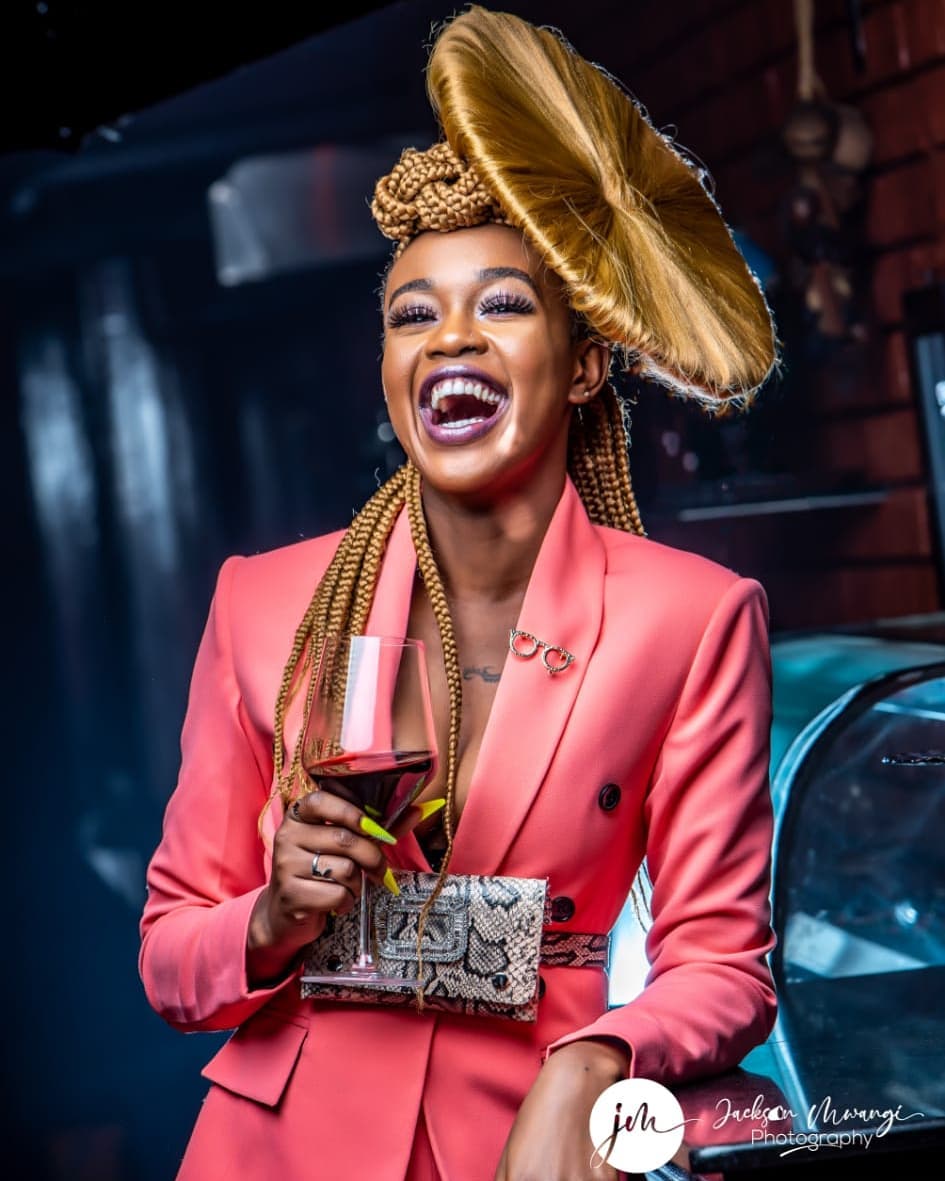 The 21-year-old content creator, radio presenter, actress, and social media bigwig has snagged a People’s Choice Award nod in the African Social Star 2021 category, against other huge African social media stars, Azziad is the only Kenyan and East African among the eight nominees.

Announcing the news on her Instagram, her excitement was palpable, imploring her 1.3 million followers to vote for her.

“We have been nominated. I am humbled and grateful. I thank God and all of you guys for supporting me throughout this whole journey. The support is overwhelming. My people on Twitter, Facebook, and Instagram are doing the most. Thank You!” she poised.

She is pitted against renowned names like Zimbabwe’s Tyra Chikocho, Nigeria’s Falz and The Oddity, South Africa’s Bouimelo ‘Boity’ Thulo, Lasizwe Dambuza,  Mihlali Ndamase, and Witney Ramabulana, worth noting, Nasenya is the only Kenyan and East African to be nominated.

Official voting online and Twitter opened on October 27, and it will go until November 17. The nominees will earn 25 points from this.

“The nominee who receives the highest number of valid votes in each category, as determined by the Administrator and as described above, will be deemed the potential winner of the category,” E! People posted on their website.

The Gala for the 2021 E! People’s Choice Award will air on NBC and E! Simultaneously on December 7 at 9 p.m from the Barker Hanger in Santa Monica, California.

voting is open from October 27 and runs through November 17 and one can vote 25 times per category, per day.

In 2020 the category was won by Comedian Elsa Majimbo. The 19-year-old was battling with the likes of Sho Madjozi, Karl Kugelmann, Dimma Umeh, Wian, Lydia Forson, Thuso Mbedu, and Zozi Tunzi for the prestigious award.

Nasenya’s social media presence has grown tremendously since she blew up early last year, with her viral dance to Femi One and Mejja’s Utawezana hit. She has since gone on to host YouTube shows, bag major endorsements, and become an on-air personality.

You Can Vote For Azziad Nasenya Here