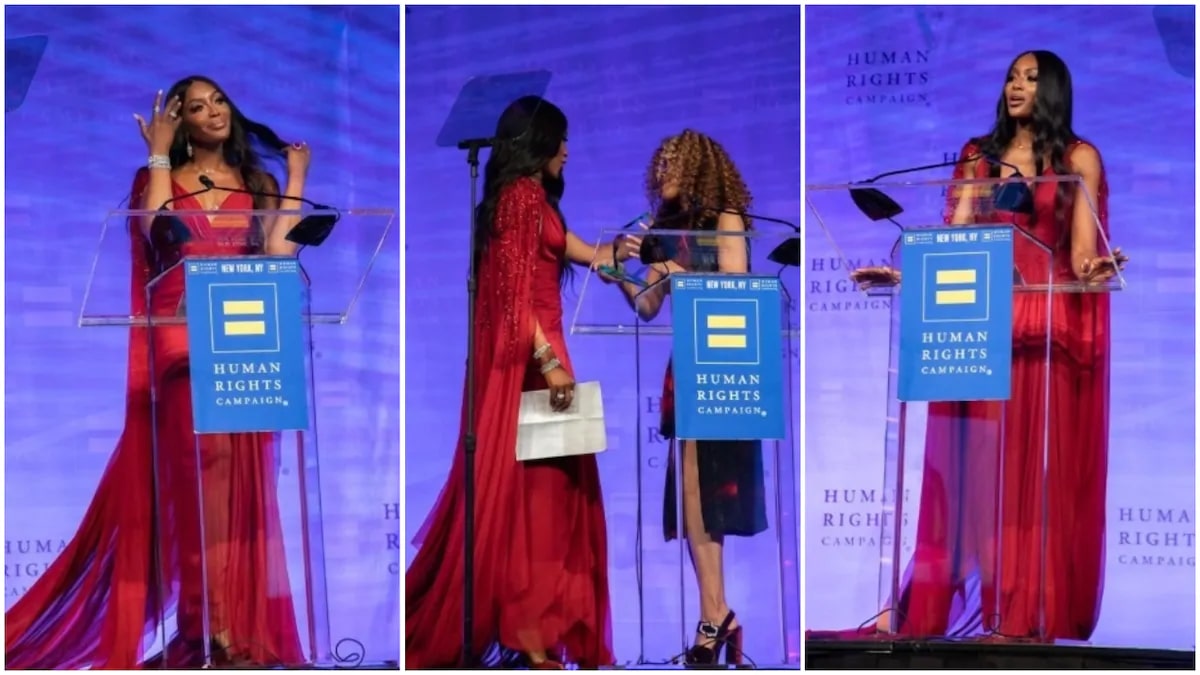 Campbell was recognized based on her global relief efforts which support homelessness, poverty, HIV/Aids, world hunger and equality for all people. While accepting her honor, the 49-year-old activist who donned a draping Zuhair Murad gown, complemented with Fred Leighton jewelry notes:

“ This journey that I am on gives me a sense of fulfillment. When I committed to doing this work, I was not aware of the difficult tasks ahead but I did realize one thing, I wanted to give back to communities of all various circumstances, all the things that I had to fight for in my own life – to be seen, to be heard, to be included, to be accepted and to be given hope when it seems there is none. ”

One of the five original supermodels, Naomi Campbell was born in London and caught her break when she was 15 years old. She has graced the covers of more than 500 magazines during her career and has been featured in campaigns for Burberry, Prada, Versace, Chanel, Dolce &amp; Gabbana, Marc Jacobs, Louis Vuitton, Yves Saint Laurent, and Valentino.

Additionally, Campbell has appeared in countless TV shows, music videos and films, including  “The Cosby Show,”  “The Fresh Prince of Bel-Air,”  Madonna’s  “Erotica ”  Bob Marley’s ” Is This Love ”  and Michael Jackson ” In The Closet. ” Campbell is also responsible for an incredible amount of fundraising and charity work in South Africa and across the globe. She began charity work with Nelson Mandela in 1993, and in 1997 he named her “Honorary Granddaughter” for endless activism.

In 2005, she established Fashion For Relief and hosted its first charity fashion show to raise funds for victims of Hurricane Katrina in New Orleans. Since its conception in 2005, Fashion For Relief has presented shows in New York, London, Cannes, Moscow, Mumbai, and Dar es Salaam, and has raised millions of dollars for various causes.
Naomi Campbell executive produced and appeared as a supermodel coach on Oxygen’s acclaimed series “The Face,&quot; in the USA, which aired in winter 2012. In her role as executive producer, Campbell brought in key fashion designers, photographers, publications, products, and contest partners, and created unique, real-life opportunities for the contestants.

UK series of &quot;The Face&quot; launched in September 2013 and airs throughout the Autumn on Sky Living. “The Face” has been announced for Australia, filming begins in the winter of 2013.

Advanced conversations are underway to take “The Face” to other territories across the world.

Naomi Campbell continues to be a formidable force in the world of fashion and has used her success to establish herself as an entrepreneur whilst always helping others in need through her charity work.