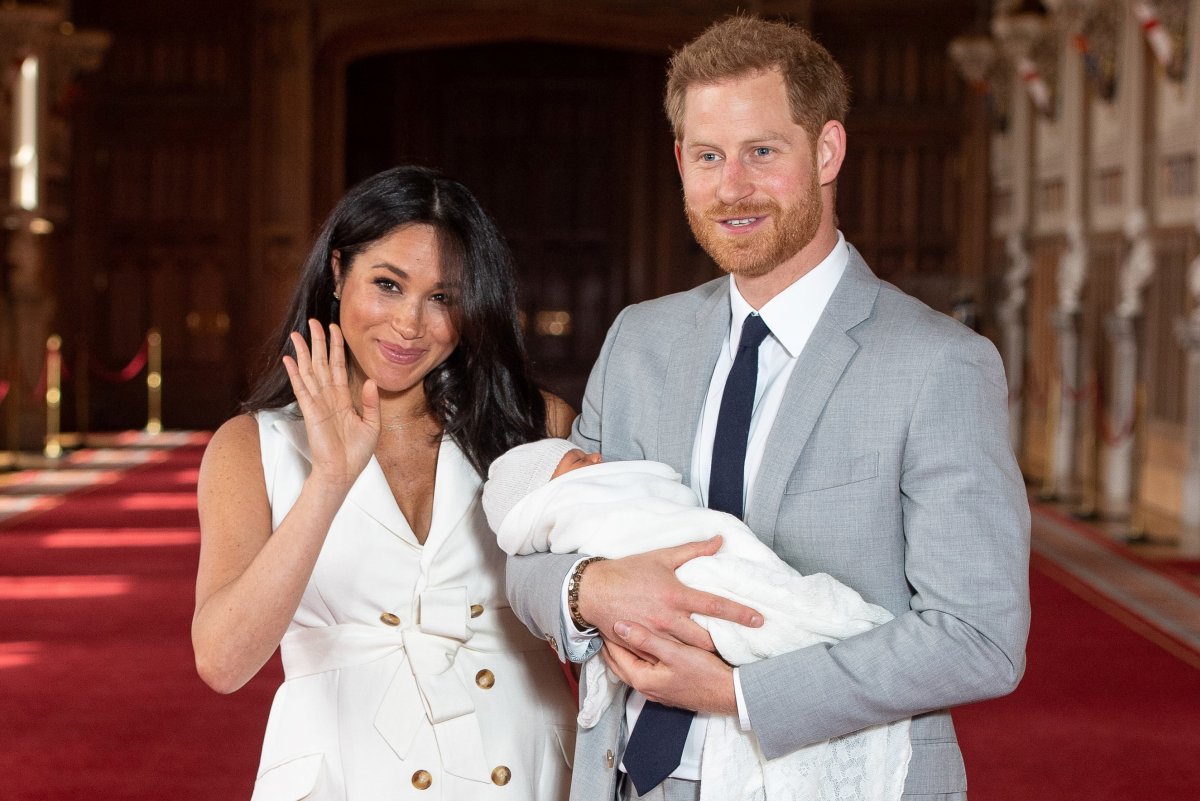 The Duke and Duchess of Sussex only opened their joint Instagram account a few weeks ago, and since then, their page has broken two records! On Monday afternoon, when the royal couple confirmed the birth of their son on the social media app, thousands of well-wishers rushed to congratulate them.

The Instagram announcement of the Baby Sussex’s birth surpassed one million likes in less than an hour. The post now has 2.6 million likes, the most likes in any royal account.

Prince Harry and Meghan launched their account, called Sussex Royal, on 2 April – and the page swiftly gained millions of followers.

The account reached the one million in just 5 hours and 45 minutes – breaking the record for the fastest time to gain one million followers on Instagram.

The caption of their first post read: “Welcome to our official Instagram; we look forward to sharing the work that drives us, the causes we support, important announcements, and the opportunity to shine a light on key issues.

We thank you for your support, and welcome you to @sussexroyal. – Harry & Meghan.” Now the account stands at 6.4 million followers.

Earlier this month, Prince Harry and Meghan shocked royal watchers when they unfollowed many members of the Royal Family including Prince William and Kate. However, there hasn’t been a rift in the monarchy! In fact, the move was to support a cause they all hold close to their hearts: Mental health.

Sussex Royal only follows a select number of accounts 16 in total, as opposed to the 23 they were following before, including Oprah Winfrey’s SuperSoul, body positive account i_weigh, King Campaign, the royals’ own Heads Together, Black Mental Health Matters and more. Later this week, when the first pictures of Baby Sussex are unveiled, the post will no doubt garner lots of attention from the world.

The Duchess of Sussex has given birth to a boy, the Duke of Sussex has announced, a beaming Prince Harry said they were “absolutely thrilled” and thanked the public for their support.

He said Meghan and the baby were doing “incredibly well”, adding that they were still thinking about names for the infant, who was delivered at 05:26 BST.

Buckingham Palace said the baby weighed 7lbs 3oz (3.2kg), and that the duke was present for the birth.

The baby boy is seventh in line to the throne, behind the Prince of Wales, the Duke of Cambridge and his children – Prince George, Princess Charlotte and Prince Louis – and Prince Harry.

He is the Queen’s eighth great-grandchild.

Speaking after the birth, Harry said the child had been “a little overdue” and that he planned to make another announcement in two days’ time “so everyone can see the baby”.

Asked what it was like to be present for the birth, he laughed and said: “I haven’t been at many births. This is definitely my first birth. It was amazing, absolutely incredible, and, as I said, I’m so incredibly proud of my wife.

“As every father and parent will ever say, you know, your baby is absolutely amazing, but this little thing is absolutely to-die-for, so I’m just over the moon.”

He added: “It’s been the most amazing experience I could ever have possibly imagined.

“How any woman does what they do is beyond comprehension.”

A framed notice of birth has been placed on display on a ceremonial easel on the forecourt of Buckingham Palace, where it will remain until 20:00 on Monday.

Buckingham Palace added: “The Queen, the Duke of Edinburgh, the Prince of Wales, the Duchess of Cornwall, the Duke and Duchess of Cambridge, Lady Jane Fellowes, Lady Sarah McCorquodale and Earl Spencer have been informed and are delighted with the news.

“The duchess’s mother, Doria Ragland, who is overjoyed by the arrival of her first grandchild, is with their Royal Highnesses at Frogmore Cottage.”

In an Instagram post, Kensington Palace said the Duke and Duchess of Cambridge were “delighted” at the news and “look forward to meeting the latest addition to the family”.

The baby is a dual citizen, having automatically acquired US citizenship, via Meghan, at birth.

Speaking to the Sun, Meghan’s father, Thomas Markle, congratulated the new parents and spoke of his pride at the birth.

“I am proud that my new grandson is born into the British royal family and I am sure that he will grow up to serve the crown and the people of Britain with grace, dignity, and honour,” he said from his home in Mexico.

Charles Spencer – brother of Diana, Princess of Wales and uncle to Harry – tweeted his congratulations.

He wrote: “Really very lovely news today – many, many, congratulations!”