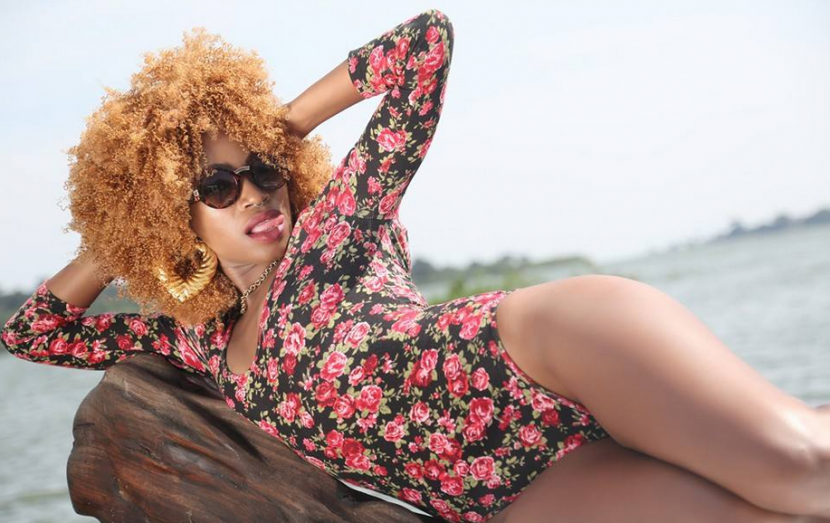 Sheebah Karungi aka Queen Sheebah born November 11, 1989 in Ugandan she is a recording artist, dancer and actress debuting her acting career in Queen of Katwe as Shakira. After quitting Obsessions, a dance group she joined in 2006, she rose to recognition upon the release of her hit single titled “Ice Cream”.

In 2014, she released her debut project Ice Cream, a five-track EP which did well commercially and further led her to win back-to-back HiPipo Music Awards Best Female Artist in 2015, 2016, 2017, and 2018. She also won the Artist of the Year award twice, in 2017 and 2018, at the HiPipo Music Awards. Sheebah has also represented uganda at coke studios africa twice.

Sheebah Karungi was born and raised by a single mother in Kawempe, a division of Kampala, the capital city of Uganda. After completing her basic education at Kawempe Muslim Primary School, she dropped out of school in senior two when she was a student of Midland High School, Kawempe.

In 2010, she released “Kunyenyenza”, her first official single, produced by Washington with writing credit from Cindy. She went on to release another song titled “Bulikyekola”, featuring vocals from KS Alpha and then “Baliwa” featuring Coco Finger.

It was until she released “Automatic”, a song written by Sizzaman, that her solo career experienced a major turnaround. Upon the success of “Automatic”, she teamed up again with Sizzaman to release “Ice Cream” to massive airplay and positive reviews before she went on to release another hit single, “Twesana”.

In 2014, she released her first musical project, Ice Cream, a five-track EP which contained hit singles including “Ice Cream” and “Jordan”. The EP was well received and helped win her Best Female Artist at the 2014 and 2015 HiPipo Music Awards.