Photographing one of the world’s most sought after celebrities may seem a daunting task, but for Flo Ngala it’s all part of the day job. For two years, the photographer captured parts of the life of musician Cardi B, from video shoots to intimate moments with her family to sold out arenas. Here writer Alix-Rose Cowie speaks to Flo to find out what it takes to snap shots that are seen by millions, and document moments that will go down in music history.

When everyone on a Cardi B music video set is being told “strictly no phones, no photos,” Flo Ngala is quietly snapping away, swooping in between takes to get the shot. “There’s not really anyone telling me what to do,” she says. Since 2017 Flo has gained exclusive access shooting behind the scenes for the hip hop superstar on music video sets, at music festivals, awards shows, talk show appearances and two Met Galas. “It’s not like an outlined role,” she says. “It’s more like a kid who has a good eye and gets a chance to work with a big artist, and I’m just going to go in and do my thing.”

Flo was first given the opportunity to shoot Cardi B by Atlantic Records in October 2017. Her single Bodak Yellow had been a hit all summer and she was performing it at the BET Hip Hop awards in Miami. The audience saw a kaleidoscopic fur-laden Cardi B in hot pink high-waisted velvet trousers and a bra made of jewels stake her claim on the stage before going on to win multiple awards. Backstage, Flo captured a wholly more private moment as Cardi B celebrated her own firsts with her close-knit team and her now husband Offset in her dressing room. “I was just happy to be there, like a fly on the wall, just observing,” Flo says. “It’s a little intimidating when you’re around a big star. It was my first time being around someone who was as famous as her. I think she’s so used to having so many people around her that for a while she even recognized my face.”

Shooting the same subject over time naturally fosters a familiarity between a photographer and her subject and over the two years that Flo has been shooting Cardi B, she’s captured her in high spirits: cracking jokes with her team and turning up the volume to entertain an audience of thousands, but she’s also captured her tired, hungry, and pregnant. “I think she definitely knows how to bring it out and be this funny, outgoing person when she needs to be, but in general she also has a pretty low key side as well,” Flo says.

One thing she’s learnt over time is to gauge what images of herself Cardi B will like and which she won’t. Early on when Flo would show selects to Cardi’s hair stylist or make-up artist they’d immediately pick out the ones she wouldn’t like. “They were like: this doesn’t look like her, she’s not going to like the picture,” she says. Any picture she posts to social media has the potential to be picked up by numerous fan pages, re-posted and re-tweeted until it’s seen by millions of people. The intractable nature of an online image means that what she decides to post comes with a certain responsibility. Although there’s no formal approval process for the images Flo shares online, she’s sensitive to Cardi B’s insecurities.

“Being a woman informs the way I photograph a woman. Nobody wants an unflattering image of them out there,” Flo says. “There might be what I think are incredible photographs but if she wouldn’t like how she looks in them, I try to respect that and avoid putting it out there.” The way tabloid press treats celebrity pictures has led us to believe that celebrities waiver this right in exchange for fame. But this only makes their image more fiercely controlled. It’s through Flo’s respect for her subject as a person that she’s gained Cardi B’s trust and the trust of her label and, in turn, she’s invited behind closed doors to document what others don’t get to see.

Flo doesn’t take this access for granted. Her gift is capturing human moments from within the pop machine: the late hours on a music video shoot when Cardi B can’t keep her eyes open as her make-up artist re-applies her lip liner in bed; or satisfying a pregnancy craving for watermelon between takes while dressed in a voluminous wedding gown designed to cover her growing belly. These photos are the ones Flo has come to appreciate the most.

Showing the public persona and the private persona of someone is pretty cool.

“When things are set up — it’s not a bad thing — but you are seeing what the director, the photographer, the agency, whomever wants you to see whereas when you’re taking pictures as they’re happening you can catch in-between moments and the candid, the off guard,” she says. “Especially with celebrities, the images are so well-curated, taken care of before they’re put out into the public. I think a big reason why Cardi B rose to fame is because she’s really good at being real and just being honest, being transparent.”

There are two photographs that Flo shot at the Broccoli City Festival in Washington, D.C. in 2018 that were taken within an hour of each other. In the first, a blue-haired Cardi B ascends the stairs to the stage, mic in hand, for her last performance before taking a break to give birth to her daughter Kulture (whose first birthday party Flo was asked to shoot a year later). She’s surrounded by security, festival crew, cameras and a crowd of fans with phones raised to nab a pic. In the second image she’s laying feet up on a couch, scrolling through her phone, alone, surrounded by take-out boxes.

When viewed as a pair, the before and after shots provide a rare glimpse at the duality of celebrity. “Showing the public persona and the private persona of someone is pretty cool,” Flo says. “It’s a duality we all have.” It’s this humanness that Flo sets out to capture.

The most viewed image of Flo’s from Broccoli City Festival was a different one though: an image of Sasha Obama hanging out backstage with Cardi B and Offset. The image went viral instantly. “It was literally TMZ hitting me up and Page Six. It was on the Daily Mail, it was crazy,” Flo says. While she appreciates the artistic opportunities being on music video sets or backstage allows her, Flo can’t ignore the platform it’s given her too.

“I was taking pictures for a couple of years before I got the opportunity to work with Cardi,” she says. “I definitely credit working with people like Cardi and Gucci Mane for why my images really started to be seen. In America we glorify celebrities and put them on this pedestal so I understand as an artist, but also as a consumer, that this is something people want to see. I think being able to use my eye and what I love about the world and capture a Rihanna or a Beyonce or, you know shoot Leonardo Di Caprio for Vanity Fair — and I’m just kind of throwing stuff out here — but whatever it is I think that’s definitely going to be a running theme in my career for sure. I appreciate being able to meet these people that a lot of people know or respect for their craft or their money or whatever and be able to figure out how to approach them to create a powerful image.”

I’m not trying to be her best friend, I’m trying to give her the best images.

And to get the shot Flo has had to learn to work with what she’s got: sometimes this is a few seconds squished into a narrow hallway backstage while Cardi B does a quick outfit change in a closet, and other times this is the luxury of having a professional lighting set up to take advantage of on a music video set. “It teaches me to work with different scenarios and just try to make the best of a situation,” she says. Moving between different lighting set-ups, Flo keeps a consistent look to her images by almost always shooting on the lowest aperture possible. It has the desired effect of making you feel like you’re in the room with her. “I think that’s part of why people look at my photos and feel this sort of intimacy or feel this proximity,” she says.

Flo usually relies on chatting to her subjects to make them feel comfortable in front of the camera but with Cardi B it’s different. “I know I’m there for a job, she knows she’s there for a job, so I don’t really have to cushion the situation to make it more comfortable,” she says. Instead she gives small, quick directions where she can.

“Cardi’s already on a video set and she just spent four hours in a chair getting her make-up and hair done and now she has to perform this one scene five times, so I try and minimize the talking where I can,” she says. “Once I get the shot, I keep it moving, it’s important to be alert when shooting BTS. I’m not trying to be her best friend, I’m trying to give her the best images. When there has been down time in her trailer it is fun to chat and joke with her team but I’ve actually never even asked her for a picture!”

By keeping her head down and her camera up, Flo has inadvertently created a vast and colorful archive of one of the world’s iconic entertainers. It’s a collection of images that she’s only recently realized will mean a lot to look back over both personally as a record of her early career but also for the world remembering a historic time for women in hip hop. “Hopefully one day these pictures will mean something more than me, more than throwing them up on my social media or my website or her Instagram, you know, so that’s exciting,” she says. But for now, she says, “We’re both just two young women who are chasing our dreams and doing our work.”

This article originally appeared on Wepresent 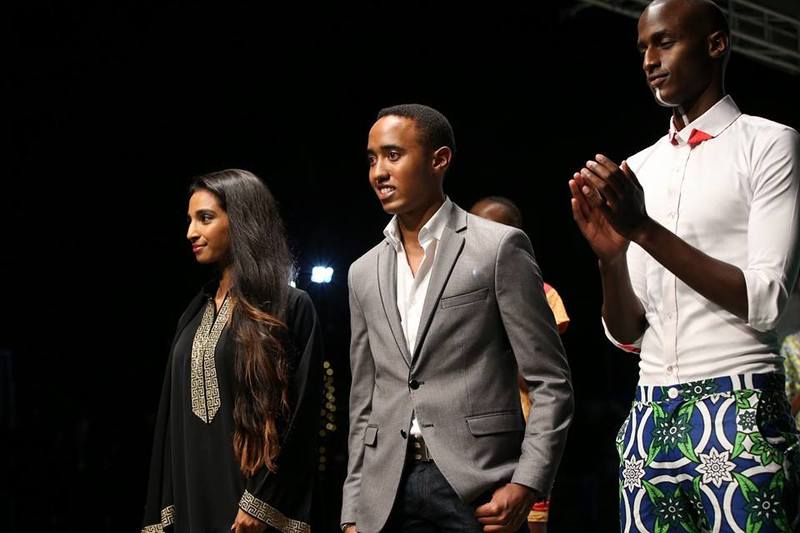 Just Like That Ltd Kenya’s Leading Fashion Events Company, Brainchild of Founder/Designer Sonu Sharma, has hosted various Premier Fashion Events in the Country over the last 5 Years, such as Trendz Kenya Fashion Festival / Trendz Kenya Fashion Week. The above events have gained great Regional / International attention and have rapidly become Sub-Saharan Africa’s most beloved Fashion extravaganza, Strongly contributing to consolidating Kenya’s positioning as the Fashion / Urban Lifestyle Capital of Africa. Keeping the Heritage Alive of “Bringing the World to Kenya and taking Kenya to the World”, we present “Kenya Worldwide Fashion Week “which will witness yet another grand gathering of World Class International and Regional Fashion Designers, High Profile Labels, Sponsors & Media this Aug 2014.

THE AIM –To Expose Kenya as the Established Fashion & Urban Lifestyle Capital of Africa.