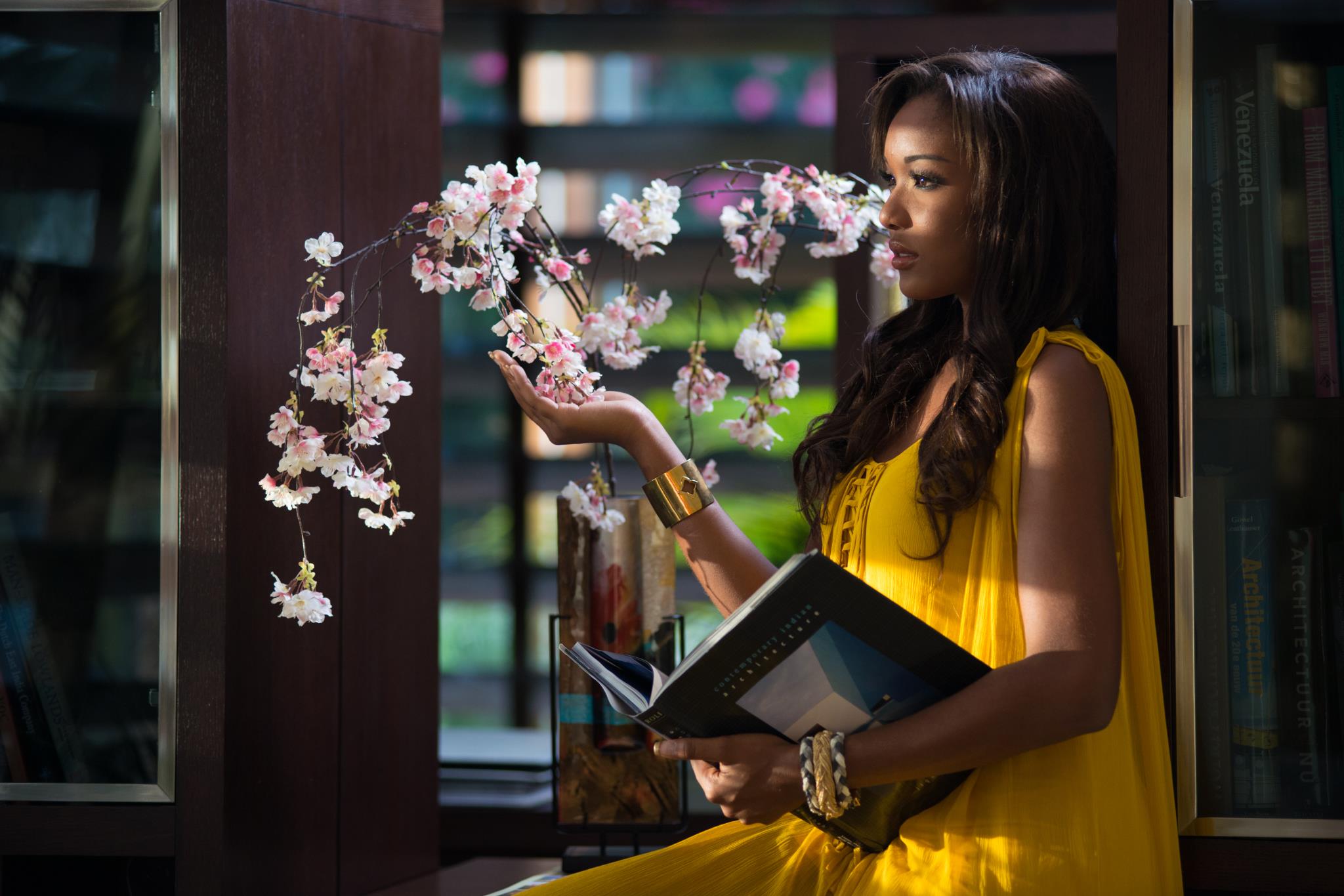 The 70th edition of the Miss Universe pageant was held on 12th December 2021 at Universe Dome, Port of Eilat in Eilat, South District, Israel where Harnaaz Kaur Sandhu of India was crowned as Miss Universe 2021. But there was one more name that made history that day, of Aruba’s Thessaly Zimmerman who put the country’s name among the semi-finalists after 25 years. Coming only third to Maureen Ava Vieira, fourth runner-up at Miss Universe 1974, and Taryn Scheryl Mansell who was first runner-up at Miss Universe in 1996.

Thessaly made it to the Top 10 of Miss Universe 2021 along with Chantel O’Brian of Bahamas, Valeria Ayos Bossa of Colombia, Clémence Botino of France, Harnaaz Kaur Sandhu of India, Nadia Tamara Ferreira of Paraguay, Beatrice Luigi Gomez of Philippines, Michelle Marie Colón of Puerto Rico, Lalela Mswane of South Africa and Elle Smith who was representing the United States of America.

The bachelor of international communication and media studies was completely stunned when host Steve Harvey called her name as one of the semi-finalists, going on to show how grounded she is.

“Thank you everyone for all the warm and kind messages that I am receiving with your support. I still don’t have words to describe how happy I am with the results and what was accomplished not only for myself but for my country. After 25 years Aruba’s name was called amongst the semifinalists. This shows that all my hard work was not in vain, because now people will remember Aruba. I couldn’t have done this without each and every one of you who helped me on this journey, who believed in me from the very start and never stopped believing. Thank you all for that,” expressed a grateful Thessaly.

Zimmerman hails from Oranjestad, Aruba, and was also one of our favorites for the title. She is proficient in speaking English, Spanish, and Dutch. Empathetic of nature, this Aruban beauty helped raise money for the cancer fund of Koningin Wilhelmina Kanker Fonds Aruba in May 2010 and the breast cancer fund of Mary Joan Foundation Aruba in April 2013.

She also competed in Aruba Model Search and finished in the Top 7 and worked as a model for KOMA Models in Aruba for four years. She was Miss Teen Aruba International 2012 and represented Aruba at Miss Teen Americas 2013 in El Salvador. She was runner-up to Fulvia Villarreal of Panama.

The queen was overjoyed and brimming with tears of happiness as she was welcomed back home yesterday. 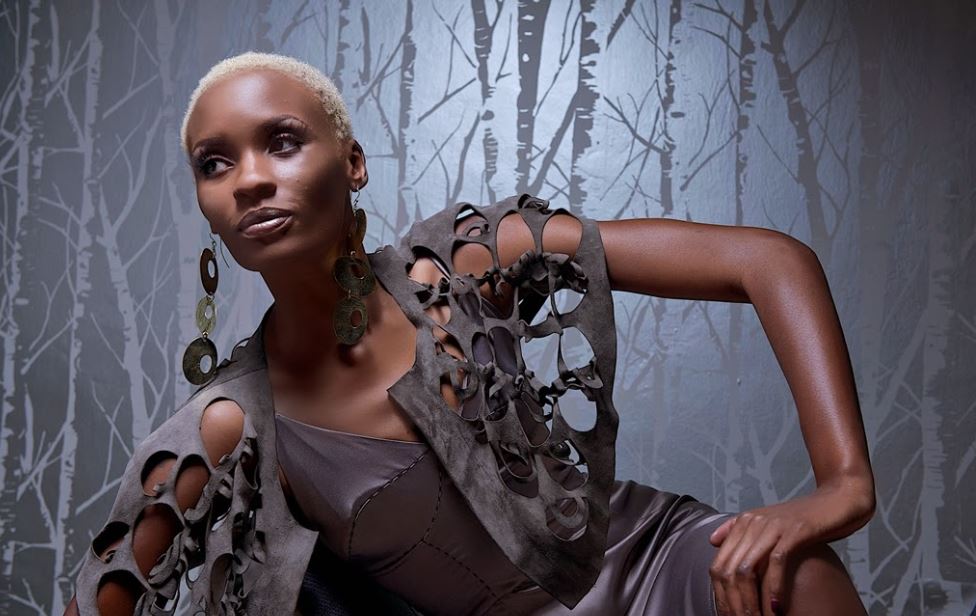 Deliah Ipupa is one of the most sought-after Kenyan models both locally and internationally.

Apart from being the official Face of Nivea, she also appeared in several of Nivea’s commercials. Ipupa has successfully walked down numerous runways and several other international occasions.

Although her journey began in Africa, modeling has seen her move to Amsterdam’s borders.

The 5.11 feet, the dark-skinned model has seen a lot in the fashion world, and has enjoyed walking the catwalk and graced our screens in so many advertisements.

Having recently competed and won the competition that led her to be the face of Nivea black and white. Her appearance is not the only thing that attracts people, but also her charisma as well.

Miss Ipupa is a versatile lady, having been a model, a judge, an actress, and an entertainer, she is surely one to look up to.

She aims to be the role model of many girls who want to be models in Africa by setting the right pace.

An Admirer of the London designer Victoria Beckham, she surely knows her way in the Fashion Industry. Her dream is to walk on the London fashion week alongside supermodel Naomi Campbell.

She fought her way to be the face of Nivea and so it is only right to say that Miss Ipupa is here to stay and many should watch out for her. 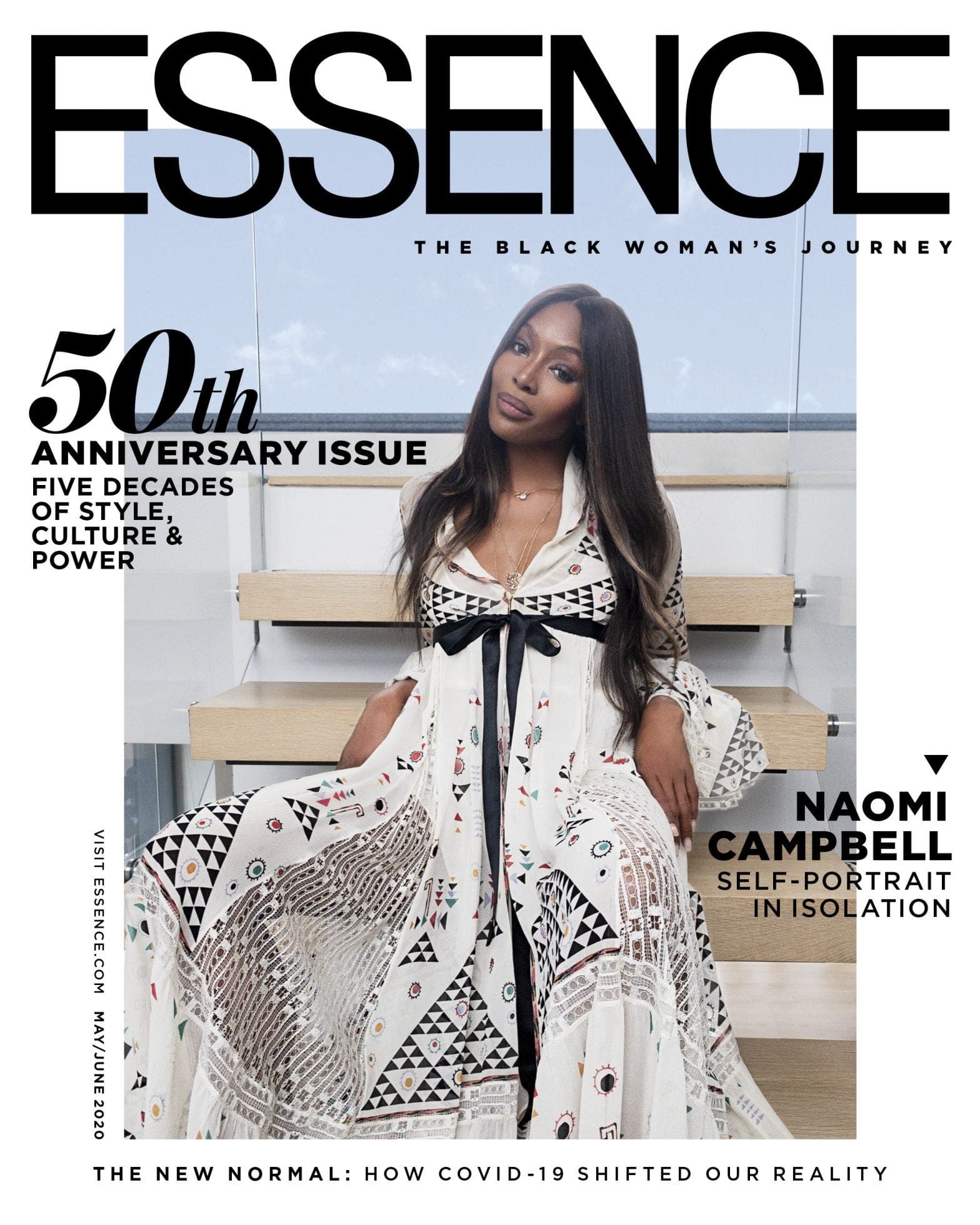 Supermodel Naomi Campbell has proven she’s not only talented in front of a camera, but also behind one with her latest cover work for the 50th-anniversary issue of Essence Magazine dressed in a Ghanaian fashion designer Stevie Frenchie a African attire.

On Tuesday, May 5, the 49-year-old supermodel, who has been a powerhouse in the modeling industry since the age of 15, posted a tweet featuring a history-making photo shoot she did for the magazine with her iPhone while being self-isolated at home dressed in African attire design by African attire.

Naomi Campbell was also responsible for her own styling, hair, and makeup #ESSENCE50.

It was a very special honor and unusual experience for me to be able to shoot and style my own cover for Essence’ 50th anniversary issue.

The cover featured Campbell wearing a flowing white dress accented with triangular and circular patterns in black, red, green, and brown. The garment also had a loosely tied black bow that resembled a satin material that sat below her bosom.

In the cover photo, Campbell was sitting on a light wood set of stairs with a backdrop resembling a cloudy blue sky. She noted that the vintage garment was designed by Karl Lager-field for the luxury Parisian fashion brand Chloe in an Instagram post.

The cover also included the title of Campbell’s feature in the issue – “Self-Portrait In Isolation.”

Through an Instagram video posted on Essence’s profile, fans learned the magazine’s Chief Content and Creative Officer MoAna Luu and Campbell collaboratively video chatted through Face Time to work on the shoot.

The issue will also feature an article titled “The New Normal: How COVID-19 Shifted Our Reality.”

According to the Essence Instagram post, Campbell shot other looks for the anniversary issue as well which included a layered tangerine-colored dress with red and black patterns throughout and a navy blue, periwinkle, aquamarine, and white headdress.

Campbell’s announcement tweet, in which she mentioned that she was honored to participate in the shoot, received over 2,000 retweets and over 13,000 likes, with many comments rejoicing the creativity, innovation, and overall hard work she has displayed throughout her years in the modeling industry.